RT interviews economist and professor at the ICAI School of Engineering Manuel Balmaseda, who insists that the economic disaster that heavily indebted Spain has found itself in is clearly a consequence of Spain joining the euro. When Spain joined the euro, the EU Central Bank settled overly low interest rates, resulting in Spain receiving "enormous amounts of credit which increased Spanish indebtedness, particularly foreign". 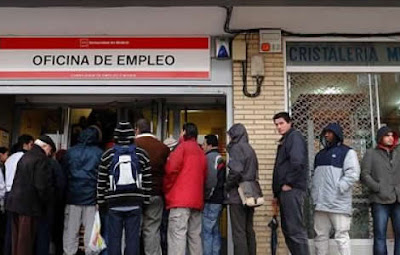 Posted by Stranger in a Strange Land at 1:46 PM