Four studies spanning 25 years prove vaccinated children are at greater risk of serious illness and neurological disorders than their non-vaccinated peers.
For many years, parents and professionals have been questioning whether or not any studies have been conducted comparing vaccinated children to unvaccinated children. In fact, Congressman Posey put this very question to Ms. Coleen Doyle from the Centers for Disease Control and Prevention (CDC) in 2012.
As expected, Ms. Doyle made several attempts to avoid Mr. Posey’s question before finally being forced to admit that the CDC had not carried out such a study.
This left many parents feeling let down by the one organization that they had always trusted and feeling frustrated by the lack of such a study. Researchers decided to examine whether or not such a study had ever been carried out.
What they discovered sent shock waves around the World.

The ages of the children ranged between two weeks – 46 years (obviously some participants were older with older children). Of the children studied, 273 were males and 216 were females. (Six children were unclassified.)
Sue Claridge, who reported on the study, wrote:

“Respondents were asked to provide the year of birth, gender, vaccinations received, whether or not the child suffered from a range of chronic conditions (asthma, eczema, ear infections/glue ear, recurring tonsillitis, hyperactivity, diabetes or epilepsy) whether or not he or she needed grommets, had had a tonsillectomy, or were shown to develop motor skills (walking, crawling, sitting-up etc.). Parents also provided information on breastfeeding and bottle feeding and when a child was weaned if breastfed.”

During the study, another interesting fact emerged. Researchers discovered that 92 percent of the children requiring a tonsillectomy operation had received the measles vaccination, indicating that the vaccination for measles may have made some of the children more susceptible to tonsillitis.
The study also revealed that 81 of the families had both vaccinated and unvaccinated children. Many of these families had vaccinated their older children but had grown more reluctant to vaccinate their younger children, due to their growing concerns regarding vaccine safety.
Researchers concluded that:

Although governments from around the world have continually stated that studying vaccinated versus unvaccinated children would be unethical, the New Zealand researchers are not the only group of researchers to study such comparaisons.

In September 2011, German researchers carried out a longitudinal study, surveying a total of 8000 unvaccinated children from the ages of 0 –19. As with the New Zealand study, researchers collected their data by conducting a survey using questionnaires.
Results showed that vaccinated children were up to five times more likely to suffer from a variety of diseases and chronic health problems than unvaccinated children.
Their results were compared to another German study (KIGGS), which examined a larger sample group consisting of 17,461 participants between the ages of 0 –17.
Dr. Andreas Bachmair, a German classical homeopathic practitioner, responsible for collecting the results of the survey from the website vaccineinjury.info, stated that:

“Asthma, hay fever and neurodermatitis are seen very frequently today. A recent German study with 17461 children between 0-17 years of age (KIGGS) showed that 4.7% of these children suffer from asthma, 10.7% of these children from hay fever and 13.2% from neurodermatitis. These numbers differ in western countries, i.e. the prevalence of asthma among children in the US is 6% whereas it is 14-16% in Australia (Australia’s Health 2004, AIHW).
The prevalence of asthma among unvaccinated children in our study is around 2.5%, hay fever, 3%, and neurodermatitis, 7%. According to the KIGGS study more than 40% of children between the ages of 3 and 17 years were sensitized against at least one allergen tested (20 common allergens were tested) and 22.9% had an allergic disease. Although we did not perform a blood test, around 10% stated that their children had an allergy.”

Although there were four cases of autism reported among unvaccinated children, Dr. Bachair reported that:

However, this number pales into insignificance when we compare it to the 1 in 68 children currently being reported as autistic by the CDC.

Other Conditions Found to be Almost Non-Existent in Unvaccinated Children

Dr. Andreas Bachmair continued his report by stating that their study found the prevalence of sinusitis, warts, skin problems and middle ear infections was also much lower in the unvaccinated children, as were the cases of diabetes and epilepsy.
He continued that the results demonstrated that the prevalence of many conditions in the unvaccinated children were also significantly lower. These were:

Dr. Bachair concluded his intuitive paper by adding a number of statements from parents, which I believe really added weight to her overall findings.

Green Med Info.
Posted by Stranger in a Strange Land at 1:26 PM 2 comments: Links to this post

If Wars Can Be Started By Lies........A Quotation from Julian Assange 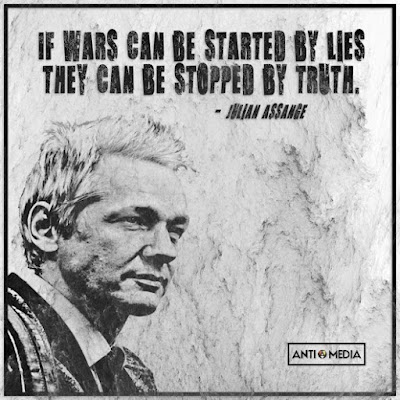 Posted by Stranger in a Strange Land at 5:51 PM No comments: Links to this post

Light Sings as ONE- 528HZ - A Healing Video by Ron Shields

Light Sings as ONE-528HZ
Love- The SONG of LIGHT.
Peace to ALL.
Music- Source Vibrations 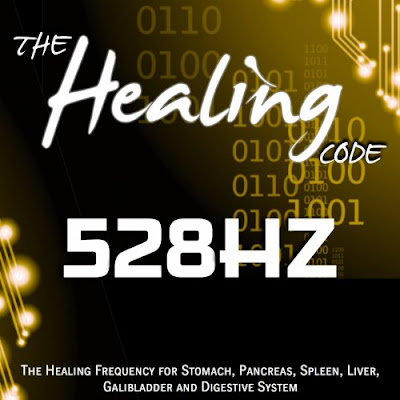 Enlightenment Is Bringing A State Of......The Wisdom Of Osho

December 11, 1931
Died
January 19, 1990
Website
http://www.osho.com
Twitter
OSHO
Genre
Spirituality, Health, Mind & Body, Philosophy
Influences
Buddha, Khalil Gibran, Mikhail Naimy, Lao Tzu, Aristotle, Kabir, Fried ...more
edit data
One of the most provocative and inspiring spiritual teachers of the twentieth century, Osho defies categorization - reflecting everything from the individual quest for meaning to the most urgent social and political issues facing society today. His books are not written but are transcribed from recordings of extemporaneous talks given over a period of thirty-five years. Osho has been described by the Sunday Times in London as one of the ‘1000 Makers of the 20th Century’ and by Sunday Mid-Day in India as one of the ten people—along with Gandhi, Nehru and Buddha—who have changed the destiny of India. Osho has a stated aim of helping to create the conditions for the birth of a new kind of human being, characterized as ‘Zorba the Buddha’—one whose feet are firmly on the ground, yet whose hands can touch the stars. Running like a thread through all aspects of Osho is a vision that encompasses both the timeless wisdom of the East and the highest potential of Western science and technology. Known for his revolutionary contribution to the science of inner transformation, the influence of his teachings continues to grow, reaching seekers of all ages in virtually every country of the world.
Posted by Stranger in a Strange Land at 11:48 AM No comments: Links to this post

I made the Swedish threat list! What a truly great accomplishment.

Today I am talking about a list of people deemed to be hateful by the Swedish government.

Make sure to subscribe for more travel, news, opinion, and documentary with Tim Pool everyday. 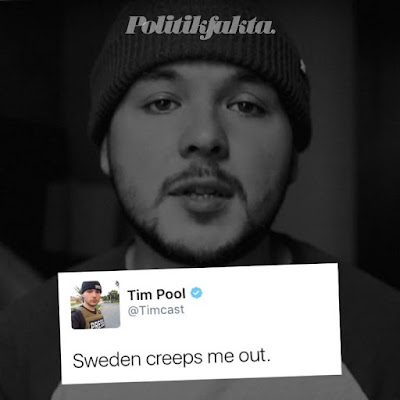 Sweden - From Eden to Mujaheeden - A Documentary

It will take another generation before this project is completed. From a docile, peaceful, hard-working, extremely trusting and honest, maybe slightly boring, place to an edgier society beset by violence and ethnic conflict and new social values.

Read book on which documentary is based for immediate download here
http://amzn.to/2bkQB4i

The people pushing this are the political, religious, business, advertising, civil service and - above all - media elites. They are all on the same page and their immigration project is as ideological and - and, this documentary argues, wrong-headed and devastating - as Communism or neoliberalism. They are doing it to live up to Sweden's reputation as the "most progressive country in the world" and even academic research has to conform to immigrationist ideology.

There is an inbuilt contradiction in this project. In a bid to be "open", "multicultural", "progressive", gay friendly Sweden is importing people from the most conservative and gay-hostile countries in the world. How will this contradiction play out?

Critics of the project are ostracised in their social circles or fired from their jobs. But most people acquiesce. In numerous interviews, a British journalist and expert on Sweden find the weak resistance to the changes to Sweden's history of a strong state and strong central control, with little tradition of popular protest 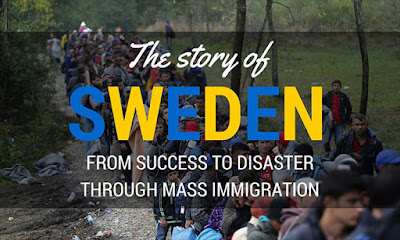 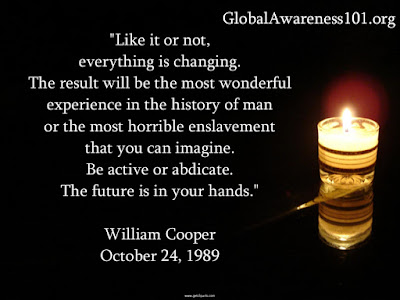 Milton William "Bill" Cooper (May 6, 1943 – November 6, 2001) was an American Conspiracy Theorist, radio broadcaster, and author best known for his 1991 book, Behold a Pale Horse in which he warned of multiple global conspiracies.
Posted by Stranger in a Strange Land at 1:01 PM No comments: Links to this post

Sick Care vs Health Care - A Choice To Be Made 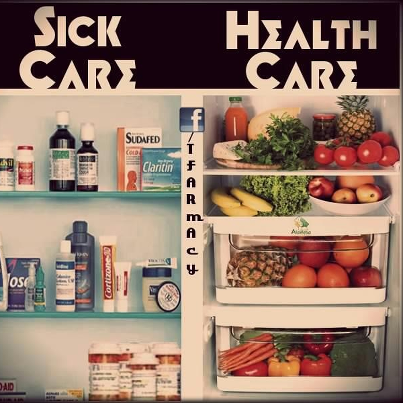 Left hand of picture would better read as,  maintain sickness and shorten your lifespan.

Right hand would read as,  prevent illness and build a strong immune defense for better health.
Posted by Stranger in a Strange Land at 11:26 AM No comments: Links to this post

In The Real Journey Of Life.....The Wisdom of Osho

Posted by Stranger in a Strange Land at 5:23 PM 3 comments: Links to this post

Wikileaks Founder and Editor-in-Chief Julian Assange joins the Liberty Report to discuss the latest push by the Trump Administration to bring charges against him and his organization for publishing US Government documents. How will they get around the First Amendment and the Espionage Act? The US government and the mainstream media -- some of which gladly publish Wikileaks documents -- are pushing to demonize Assange in the court of public opinion. Wikileaks is registered as a 501(c)3 organization in the US. Find out more about the organization and how you can help: https://wikileaks.org/

You can also visit at the link below for more information: 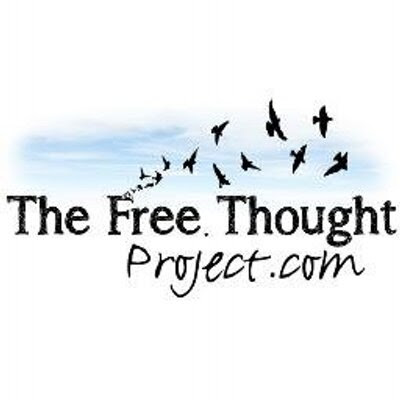 Posted by Stranger in a Strange Land at 12:00 PM 3 comments: Links to this post

Only Robots Can Be Equal.....The Wisdom Of Osho 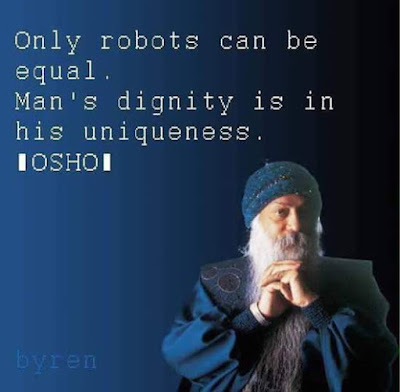 Posted by Stranger in a Strange Land at 10:32 AM 2 comments: Links to this post