ACTA In Action In the UK: 10 Years In Jail For a Download?

UK web surfers have caught a grim glimpse of the future with Internet users being threatened with 10 years in jail for "illegal downloading" after a prominent music file-sharing site was shut down shortly after Britain signed the notorious ACTA bill.

It is the first time such a move has been made against Internet users in the UK. The British government introduced regulations in 2009 enabling Internet providers to track users who downloaded illegal content from the web and disable their connection if warning letters had no effect. But signing the Anti-Counterfeiting Trade Agreement (ACTA) has brought the conflict to a whole new level.

In Europe, people are taking to the streets in protest at the contradictory Anti-Counterfeiting Trade Agreement, with some countries refusing to sign it. 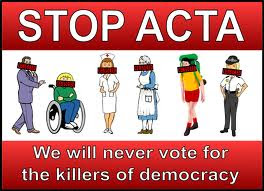 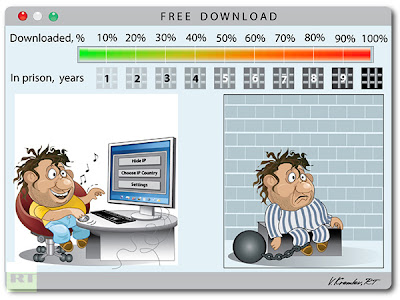 Posted by Stranger in a Strange Land at 12:50 PM