Does Your Doctor Have a Fake Degree? 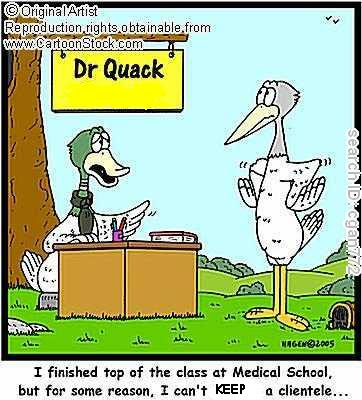 Does Your Doctor Have a Fake Degree? The Billion-Dollar Industry That Has Sold Over a Million Fake Diplomas

There is a major crisis in the world of higher education: the large and growing number of fake universities and fake degrees.


By Allen Ezell and John Bear


There is a major crisis in the world of higher education: the large and growing number of fake universities and fake degrees.

Many people are either unaware of the situation, don’t know what a huge problem it is, or don’t appreciate how it is affecting them, their institution or employer, and society at large.
Consider, for instance, these five things:

• There are more than 3,300 unrecognized universities, worldwide, many of them outright fakes, selling bachelor’s, master’s, doctorates, law, and medical degrees to anyone willing to pay the price. No nation is immune from the problem.

• One international diploma mill, with offices in Europe and the Middle East and mailing addresses in the United Kingdom, run by Americans, has sold more than 450,000 degrees—bachelor’s, master’s, doctorates, medicine, and law—to clients worldwide, who did nothing more than write a check. Their revenues exceeded US $450,000,000.

• The number of earned PhD degrees in the United States is 40,000 to 45,000 each year. The number of fake PhDs bought each year from diploma mills exceeds 50,000. In other words, more than half of all people claiming a new PhD have a fake degree.

• Fake medical degrees are an urgent problem. It is easy to buy a medical degree from a fake school, or a counterfeit diploma in the name of a real school. Twenty-five years ago, a Congressional committee calculated that there were over 5,000 fake doctors in the United States, and there are many more now.

People have died because of these fakes.

To read the rest of this book review, please click on the link below:

Note:  Sweden has reported in the news on several of these doctors with falified papers the last few years and they are still practicing.  It no wonder to me that the Swedish Health Care system is in such a sorry state.  Also, an ex-Cabinet Minister had one of these from a phony degrees from a Degree Mill in New Jersey.  The government was able to cover that one up.

Posted by Stranger in a Strange Land at 9:50 AM

The situation for fake degree and other system has fake college transcripts changed over the period of time and this has to do with the new trend and systematic approaches that are coming up in the market. This fake college degree all are allowing the individual to get accustomed with the fake degrees system and other opportunities which is all allowed for buy degree regular courses and other certificates in the market.