An Insider’s View of Wall Street Criminality: Toxic Culture of Avarice and Fraud by Andre Damon and Barry Grey

An Insider’s View of Wall Street Criminality: Toxic Culture of Avarice and Fraud


by Andre Damon and Barry Grey
Global Research Canada,  March 15, 2012
Like all aristocracies, the American financial elite will not accept any infringement of its wealth and power. The working class must break its grip by mobilizing its strength in opposition to both parties of Wall Street and fighting for the establishment of a workers’ government and socialist policies, beginning with the nationalization of the banks and corporations and their transformation into public enterprises under the democratic control of the working people.

Greg Smith, an executive director at Goldman Sachs, announced his resignation Wednesday in an op-ed piece in the New York Times, denouncing the bank's “toxic” culture of avarice and fraud.

Smith headed the firm’s United States equity derivatives business in Europe, the Middle East and Africa. In his column, entitled “Why I Am Leaving Goldman Sachs,” he describes a corporate environment that encourages and rewards big short-term returns gained through the bilking of clients and the general public. “It makes me ill how callously people talk about ripping their clients off,” he writes.

Speaking of one’s clients as “muppets” and describing deal-making as “ripping eyeballs out” are commonplace at Goldman, according to Smith. The way to advance at the Wall Street giant, he writes, is to persuade your clients “to invest in the stocks or other products that we are trying to get rid of,” get your clients “to trade whatever will bring the biggest profit to Goldman,” and trade “any illiquid, opaque product with a three-letter acronym.”

The column describes an operation in which laws and regulations requiring financial institutions to deal honestly with their clients and protect their interests are routinely violated. The insider’s indictment of Goldman Sachs highlights a broader process—the criminalization of American capitalism as a whole.

It confirms from the inside that three-and-a-half years after Wall Street’s manic pursuit of super-profits triggered a global financial meltdown and the deepest slump since the Great Depression, nothing has changed in the boardrooms of corporate America. The same fraudulent and often illegal practices that enriched the financial aristocracy and plundered the rest of society continue unabated. The criminals at the top, having been bailed out with trillions of taxpayer funds, are making more money than ever, while millions of ordinary people are being driven into poverty and homelessness.

Education, health care, pensions are being gutted, wages are being slashed and more austerity is on the agenda because there is supposedly “no money.” Corporate profits and CEO pay, meanwhile, are setting new records.

This is an indictment not simply of Goldman Sachs, or even Wall Street alone, but rather the entire economic and political system. Every official institution—the White House, Congress, the courts, the media, the Democratic and Republican parties—is complicit.

Smith’s column was widely reported in the media. NBC Nightly News led its report Wednesday night with the story, interviewing a former chairman of the Securities and Exchange Commission who was brought on to deplore the type of practices described by the former Goldman executive. The ruling class is well aware that popular anger against Wall Street is rising and capitalism itself is becoming increasingly discredited in the eyes of millions of Americans—a process that found an initial expression in the Occupy Wall Street protests. It is concerned that Smith’s piece will further fuel this sentiment.

The practices to which Smith points—and worse—are well known to the Obama administration and the financial regulatory agencies. In April of last year, the Senate Permanent Subcommittee on Investigations published a 640-page report outlining in detail the fraudulent and illegal practices of major banks that contributed to the September 2008 crash. Fully 260 pages of that report were devoted to Goldman Sachs. They explained chapter and verse, giving dates and naming names, how the bank defrauded its clients by selling them mortgage securities while betting against the same investments, without telling them it was doing so.

The committee also documented the complicity of the credit rating firms and federal regulators in the colossal mortgage Ponzi scheme that collapsed in 2007-2008, setting off a new world depression. It cited securities laws that had been violated by Goldman and two other banks it examined, Washington Mutual and Deutsche Bank, and referred this information to the Obama administration’s Justice Department.

The response of the White House was to do absolutely nothing. Not a single senior bank executive has been criminally charged, let alone imprisoned, for crimes that have devastated the lives of countless millions of people in the US and around the world. Instead, the White House has shielded the corporate criminals.

One Wall Street firm after another—Goldman Sachs, Bank of America, Citigroup, Countrywide Financial—has been allowed to settle charges filed by the Securities and Exchange Commission out of court, paying token fines while admitting no wrongdoing. That this continues is seen in the filing Monday in federal court of the sweetheart settlement between five major banks and the state and federal governments of charges arising from the banks’ illegal processing of foreclosures. The banks have merely to pay a combined fine of $5 billion for illegally throwing thousands of families out of their homes, with no admission of wrongdoing. In return, they get the quashing of state investigations that threatened to result in tens of billions in damages and fines.

To read the rest of this article, please click on the link provided below: 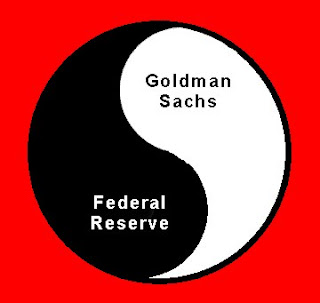 Posted by Stranger in a Strange Land at 2:30 PM