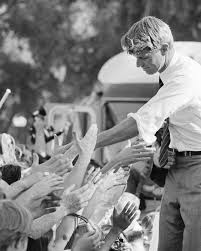 "There are differing evils, but they are common works of man. They reflect the imperfection of human justice, the inadequacy of human compassion, our lack of sensibility toward the sufferings of our fellows. But we can perhaps remember- even if only for a time- that those who live with us are our brothers; that they share with us the same short moment in life; that they seek- as we do- nothing but the chance to live out their lives in purpose and happiness, winning what satisfaction and fulfilment they can.

Our answer is to rely on youth- not a time of life but a state of mind, a temper of will, a quality of imagination, a predominance of courage over timidity, of the appetite for adventure over the love of ease. The cruelties of obstacles of this swiftly changing planet will not yield to obsolete dogmas and outworn slogans. They cannot be moved by those who cling to a present that is already dying, who prefer the illusion of security to the excitement and danger that come with even the most peaceful progress...

Some believe there is nothing one man or one woman can do against the enormous array of the world's ills- against misery, against ignorance, or injustice and violence. Yet many of the world's great movements, of thought and action, have flowed from the work of a single man. A young monk began the Protestant reformation, a young general extended an empire from Macedonia to the borders of the earth, and a young woman reclaimed the territory of France. It was a young Italian explorer who discovered the New World, and 32 year old Thomas Jefferson who proclaimed that all men are created equal. ‘Give me a place to stand,’ said Archimedes, ‘and I will move the world.’

These men moved the world, and so can we all. Few will have the greatness to bend history itself, but each of us can work to change a small portion of events, and in the total of all those acts will be written the history of this generation. It is from numberless diverse acts of courage and belief that human history is shaped. Each time a man stands up for an ideal, or acts to improve the lot of others, or strikes out against injustice, he sends forth a tiny ripple of hope, and crossing each other from a million different centres of energy and daring, those ripples build a current that can sweep down the mightiest walls of oppression and resistance.

Few are willing to brave the disapproval of their fellows, the censure of their colleagues, the wrath of their society. Moral courage is a rarer commodity than bravery in battle or great intelligence. Yet it is the one essential, vital quality for those who seek to change the world that yields most painfully to change...

Our future may lie beyond our vision, but it is not completely beyond our control. It is the shaping impulse of America that neither fate nor nature nor the irresistible tides of history, but the work of our own hands, matched to reason and principle, that will determine our destiny. There is pride in that, even arrogance, but there is also experience and truth. In any event, it is the only way we can live."

Robert F. Kennedy, in a speech made to the youth of South Africa, 1966.

YouTube link. https://youtu.be/FQ6VakGbtHI
Posted by Stranger in a Strange Land at 1:49 PM No comments: Links to this post

Blind Faith Can Mislead ‒ A Poem by M.N. Hopkins 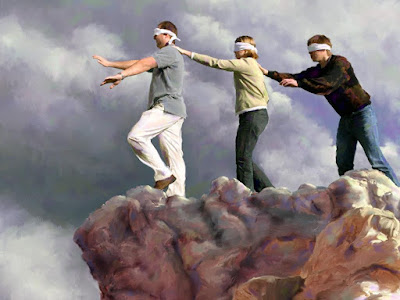 We are on our own

Note:   Inspired by thoughts as well as observations of the handling of the Corona Virus.  Politicians for the most part are front men for powerful and wealthy entities.  After crisises, the number of billionaires increase as our pension funds and social services decrease.  It is always a mismanaging and competence from Political leader covered up by many lies and misdirection.   So, as in all crises, the common folk ban together and fix the messes made by those filled  with  greed and dark determination.

I wrote this poem in the haiku style of poetry and published it for the first time on my blog today, the 27th of March, 2020.

Posted by Stranger in a Strange Land at 11:22 AM No comments: Links to this post

Truthfulness, Uprightness And Honesty ‒ A Quotation by Rudolf Steiner 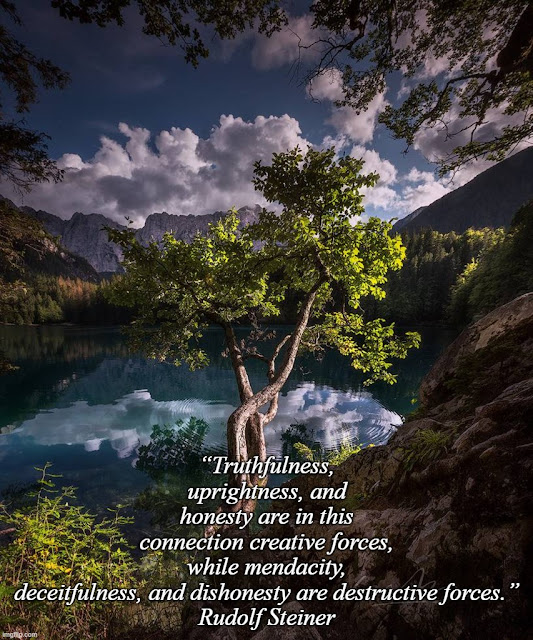 “Truthfulness, uprightness, and honesty are in this connection creative forces, while mendacity, deceitfulness, and dishonesty are destructive forces.”

Rudolf Steiner, (born February 27, 1861, Kraljević, Austria—died March 30, 1925, Dornach, Switzerland), Austrian-born spiritualist, lecturer, and founder of anthroposophy, a movement based on the notion that there is a spiritual world comprehensible to pure thought but accessible only to the highest faculties of mental knowledge.
Posted by Stranger in a Strange Land at 11:24 AM No comments: Links to this post

One's Soul Is Now The Revealer Of Light ‒ A Quotation by M.N. Hopkins One's Soul is now the revealer of Light.  None other, none outside of oneself.  A Trinity of God, Soul and Man joining together.  A strength and wisdom custom tailored to the individual, a safe and sure way, the way of all great masters, now the way of the many.

The energy that leads the way is the same.  Each feels it, each is effected by it, each manifests their own unique gift or talent.  This is the way of the true seeker unfettered by dogma,  unfettered by methods or techniques,  unfettered by the guidebooks and seminars that project false beliefs more for the profit of the presenter than for the benefit of those that attend these affairs of commerce.

To read more of my poems & quotations, please click on the link below:
Poems & Quotations by M.N. Hopkins
or visit:
Pinterest
Posted by Stranger in a Strange Land at 8:31 AM No comments: Links to this post 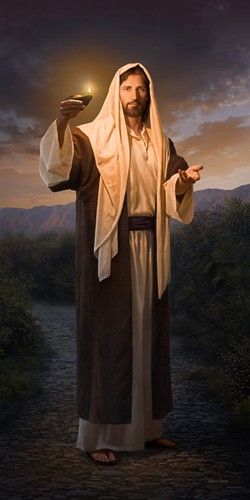 “Christ said that the inner eye is the sun of the human being.


When Christ said that your body will be full of light, depending on the purity of your eye, He meant that you will have the Divine life within you, which will give you all opportunities to develop.


Always keep your inner eye, which God has deposit in your soul, open, pure and bright, in order to benefit from its warmth and light.


For at least one year, have the following thought within you: ‘I want my inner eye to be light and pure, in order that my whole body may be full of light.’ When you do this, you will gain a lot.”

Peter Deunov  (Beinsa Douno)
Posted by Stranger in a Strange Land at 8:08 PM 1 comment: Links to this post 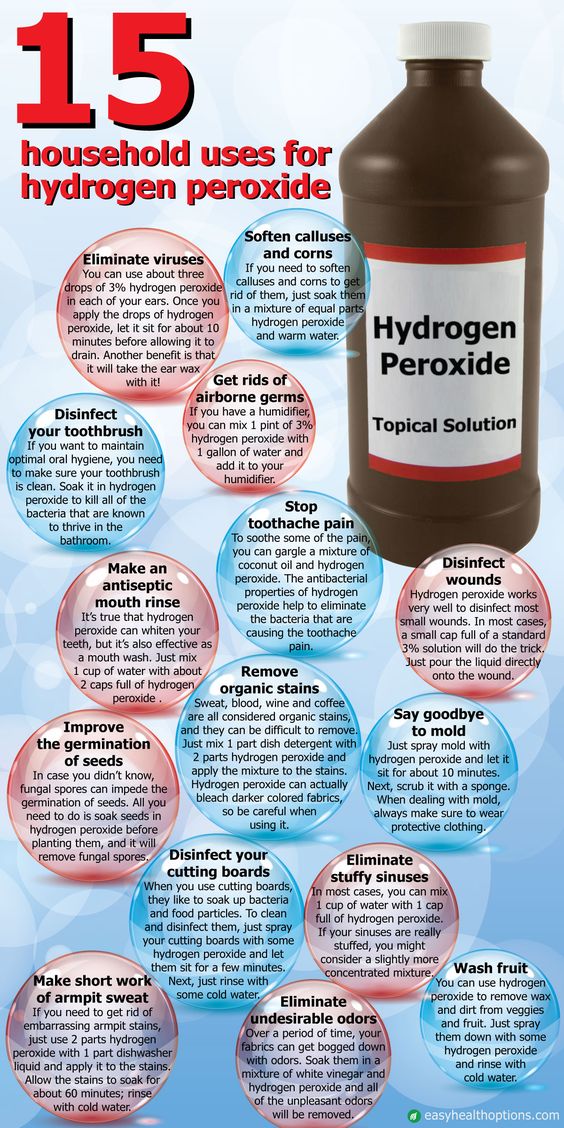 Posted by Stranger in a Strange Land at 12:20 PM No comments: Links to this post 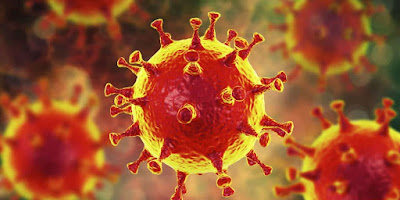 The power of mind

Look at the players

Note:   I was inspired to write these nine poems  after a short conversation with a friend.   My thoughts were whether real or imaginary, the corona virus would have the same effect and just shows the creative power of the mind for either good, positive creations or the evil creations of sick, twisted minds.  I also thought of the Y2K scam of 1999 when IT companies made billions from governments and corporations preparing for this terrible event caused by zeros and ones in the programs in our computers.   One of the key players in this outright fraud and deception is now a key player in this pandemic scam.  This time Pharma will profit along with money changes, elites and those of a very dark determination..  Ponder this is you are so inclined.   I may be totally wrong, I may be totally right in my assumptions.   That is of no importance.  What is important is the weakness of wills and minds that allow such manipulations to occur in our time.  My advice if I were to give advice is to strength our bodies, minds and reconnect to the Divine from which all goodness, reason and sanity flows.

I wrote these poems in the haiku style of poetry and published them on my blog  for the first time today, the 20th of March, 2020.   I ask readers to tell me their favourite poem or version of the same  theme in the comment section below.

Posted by Stranger in a Strange Land at 8:31 AM 2 comments: Links to this post