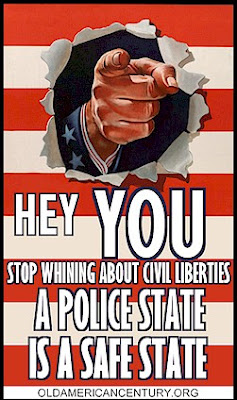 
In a stunning move, on March 16, 2012, Barack Obama signed an Executive Order stating that the President and his specifically designated Secretaries now have the authority to commandeer all domestic U.S. resources including food and water. The EO also states that the President and his Secretaries have the authority to seize all transportation, energy, and infrastructure inside the United States as well as forcibly induct/draft American citizens into the military. The EO also contains a vague reference in regards to harnessing American citizens to fulfill “labor requirements” for the purposes of national defense.

Not only that, but the authority claimed inside the EO does not only apply to National Emergencies and times of war. It also applies in peacetime.

The National Defense Resources Preparedness Executive Order exploits the “authority” granted to the President in the Defense Production Act of 1950 in order to assert that virtually every means of human survival is now available for confiscation and control by the President via his and his Secretaries’ whim.The unconstitutionality of the overwhelming majority of Executive Orders is well established, as well as the illegality of denying citizens their basic Constitutional and human rights, even in the event of a legitimate national emergency. Likewise, it should also be pointed out that, like Obama’s recent Libyan adventure and the foregone conclusion of a Syrian intervention, there is no mention of Congress beyond a minor role of keeping the allegedly co-equal branch of government informed on contextually meaningless developments.

As was mentioned above, the scope of the EO is virtually all-encompassing. For instance, in “Section 201 – Priorities and Allocations Authorities,” the EO explains that the authority for the actions described in the opening paragraph rests with the President but is now delegated to the various Secretaries of the U.S. Federal Government. The list of delegations and the responsibility of the Secretaries as provided in this section are as follows:


﻿
That being said, “Section 601 – Secretary of Labor” delegates special responsibilities to the Secretary of Labor as it involves not just materials citizens will need for survival, but the actual citizens themselves.
Obviously, the ability of the U.S. government to induct and draft citizens into the military against their will is, although a clear violation of their rights, not an issue considered shocking by its nature of having been invoked so many times in the past. Logically, this “authority” is provided for in this section.
However, what may be shocking is the fact that Section 601 also provides for the mobilization of “labor” for purposes of the national defense.  Although some subsections read that evaluations are to be made regarding the “effect and demand of labor utilization,” the implication is that “labor” (meaning American workers) will be considered yet one more resource to be seized for the purposes of “national defense.” The EO reads,


Sec. 601. Secretary of Labor. (a) The Secretary of Labor, in coordination with the Secretary of Defense and the heads of other agencies, as deemed appropriate by the Secretary of Labor, shall:
(1) collect and maintain data necessary to make a continuing appraisal of the Nation's workforce needs for purposes of national defense;
(2) upon request by the Director of Selective Service, and in coordination with the Secretary of Defense, assist the Director of Selective Service in development of policies regulating the induction and deferment of persons for duty in the armed services;
(3) upon request from the head of an agency with authority under this order, consult with that agency with respect to: (i) the effect of contemplated actions on labor demand and utilization; (ii) the relation of labor demand to materials and facilities requirements; and (iii) such other matters as will assist in making the exercise of priority and allocations functions consistent with effective utilization and distribution of labor;

To read the rest of the article, please click on the link provided below:

http://www.globalresearch.ca/index.php?context=va&aid=29835
Posted by Stranger in a Strange Land at 9:40 AM

My my. Such detailed assignment of power to oneself. Wow, it sounds so 'official' too. You'd almost think it was solid and real.
If you or I were this type of criminal we could decide to rob a bank at noon, order all law enforcement personnel to lunch to ensure a smooth heist.
Then we could take the entire town hostage and force slave labor to run our new enterprises with the bounty..indefinitely.
This is christmas all year 'round for the u.s. Cosa Nostra.
Unless, of course, we deny it's reality to manifestation.
Sabotage every step of the way.
Need nothing that comes from them if at all possible.
With Love defining your wrath, anything you do will be clear, precise and unhesitating. Hone your wile and canniness.
They are after all, abysmally stupid, unsupported in the laws of physics.
Love.