Hang Onto Your DNA - the 1% Wants That, Too by Scott Johnson 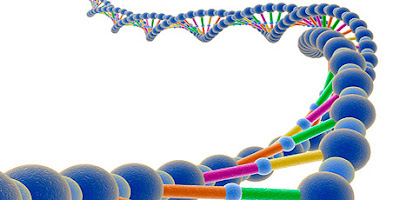 First, they took your manufacturing, then your jobs, then your homes, then the whole economy.  Next, they got more physically personal and took the food that goes into your body and genetically engineered it and in doing so they took your health.  They are also going after all land and resources and your labor (an undeclared part of UN Agenda 21, which they wrote).

But all that is not enough.  They want more of what is yours and they are going even deeper.

They want to take over your DNA.

They can do this with the new DNA vaccines.  They are injecting genetically engineered PATENTED material into people.  That means not only that they are altering people’s very code of life (for the first time in all of existence, forcing their synthetic genetically engineered material into the person’s DNA), but after doing so they can make commercial patent claims on what is inside people’s bodies.  This is just what Monsanto is doing to farmers after it contaminates their organic fields.  They could make claims over blood, organs, whatever, because DNA with their patented intellectual property is in it all.

And this is the intent.

Never mind they didn’t let anyone know about this.  Never mind these vaccines are mandated to children and college students,  and they are trying to do so now with nurses as a requirement for their job.

This is mandated theft.

But more, it is mandated rape of one biologic heritage, as surely as if a rapist were allowed to forcibly impregnate a woman against her will and got her pregnant.  In both cases, the new DNA is there to be handed down.  Only in the case of the DNA vaccines, it is not only the one unborn child who will carry the rapist’s DNA.  With DNA vaccines, the person raped by them is themselves stuck with corporate patented DNA and affected medically by it, AND as are ALL children they may ever have.  And there is no way to “abort” it.

Would anyone in their right mind turn their child’s perfect DNA over to the pharmaceutical industry to have them inject patented material into it when they might make commercial claims over the child’s body in the future?  Would any caring parent do that just to avoid minor childhood diseases such as measles or mumps or rubella?  Were kids dying like flies from these minor diseases before vaccines or did they routinely catch them and miss a few days of school, ending up with permanent immunity?  But today, they are risking brain damage and death from the vaccines themselves.  But even if they survive, every child who is forced to take these DNA vaccine products, are no longer are the owners of their own DNA.

The government has a vested interest in the vaccines, including patents.


1) The U.S. Government gives tax money to Researchers who can develop a  profitable drug or vaccine technology.

2) The U.S. Government then patents the technology, drug, or vaccine.

3) The U.S. Government then licenses the patent to Pharmaceutical Companies.

4) The U.S. Government then declares the product is “Safe and Effective.”

5) The U.S. Government then gets a cut of the profits from the drug or vaccine.

6) The U.S. Government then passes laws that protects these companies from lawsuits.

8 ) The U.S Government is involved in RACKETEERING, at the expense of human life, and should be treated as any other street corner drug peddler.

What the government and corporations do not inform parents is that there are and have been complete cures for ALL infectious diseases and that vaccines are obsolete.

rna drops on you tube. beware!!