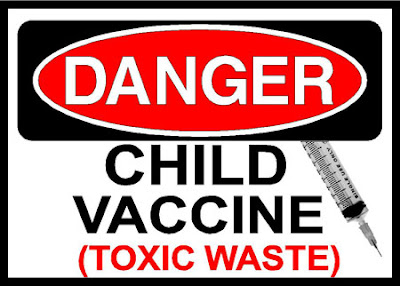 
An extraordinary new paper published by a courageous doctor and investigative medical researcher has dug the dirt on 30 years of secret official transcripts of meetings of UK government vaccine committees and the supposedly independent medical “experts” sitting on them with their drug industry connections.

If you want to get an idea of who is responsible for your child’s condition resulting from a vaccine adverse reaction then this is the paper to read. What you have to ask yourself is if the people on these committees are honest and honourable and acting in the best interests of British children, how is it this has been going on for at least 30 year?

This is what everyone has always known but could never prove before now. Pass this information on to others so they can see what goes on in Government health committees behind locked doors.

We quote here from the author’s summary and the paper:

"Here I present the documentation which appears to show that the JCVI made continuous efforts to withhold critical data on severe adverse reactions and contraindications to vaccinations to both parents and health practitioners in order to reach overall vaccination rates which they deemed were necessary for “herd immunity”, a concept which with regards to vaccination, and contrary to prevalent beliefs, does not rest on solid scientific evidence as will be explained. As a result of such vaccination policy promoted by the JCVI and the DH, many children have been vaccinated without their parents being disclosed the critical information about demonstrated risks of serious adverse reactions, one that the JCVI appeared to have been fully aware of. It would also appear that, by withholding this information, the JCVI/DH neglected the right of individuals to make an informed consent concerning vaccination. By doing so, the JCVI/DH may have violated not only International Guidelines for Medical Ethics (i.e., Helsinki Declaration and the International Code of Medical Ethics) [2] but also, their own Code of Practice."


There are other papers also found at that link which you will find an excellent read.

"Deliberately concealing information from parents for the sole purpose of getting them to comply with an “official” vaccination schedule could be considered as a form of ethical violation or misconduct. Official documents obtained from the UK Department of Health (DH) and the Joint Committee on Vaccination and Immunisation (JCVI) reveal that the British health authorities have been engaging in such practice for the last 30 years, apparently for the sole purpose of protecting the national vaccination program."

The 45 page paper with detailed evidence can be downloaded here: The vaccination policy and the Code of Practice of the Joint Committee on Vaccination and Immunisation (JCVI): are they at odds? Lucija Tomljenovic, Neural Dynamics Research Group, Dept. of Ophthalmology and Visual Sciences, University of British Columbia, Vancouver, Canada.  It was presented at and forms part of the proceedings of The 2011 BSEM Scientific Conference now published online here: The Health Hazards of Disease Prevention BSEM Scientific Conference, March 2011.

To read the rest of this article, please click on the link provided below:
http://childhealthsafety.wordpress.com/2012/03/14/government-experts-cover-up-vaccine-hazards/

Posted by Stranger in a Strange Land at 3:53 PM

Thanks Soooooo much for this. As you know this is a matter I have been trying to wake people up to for years. As you also know I think I almost died 3 times in my early life from vaccination. I will be sharing this to as many as I can.

It's about the millions of children whose lives are saved by using the vaccine.

I'm saying one number is insignificant compared to another number.

1) Get the facts straight.

How I determine the facts is due to the source. The title Science or Medical doesn't give any validity to me.


I know math and %s also. Given accurate information I can figure that out for myself also.

Yes, I agree it's about the kids so I hope parents and those in authority make the right decisons. I can only make my own health choices.

Shot yourself up and take your chances and I'll refuse all vacinnations and take mine. We all have a choice.

You know there is neither mastery nor mystery in the complete ignorance you express. you have the license, but will never have the right or freedom to poison your children. then again, maybe that's a good idea. Probably vaccinated yourself. If its "regrettable" (your own words) then it should not have been done. get a life you sheeple goon

I wonder if masterymistery wouldn't mind if it was one of his children who were one of the insignificant children adversely affected by these vaccine shots. Would it be acceptable to him/her?

Sadly we have done the maths and one death per thousand does not agree with propaganda. (SIDS at the peak in late 1980's early 1990's°

My own personal count is more like one death per 29 but thats not normal for adverse vaccine effects I HOPE!

But take a look at the link provided and it seems vaccines are hardly the number one topic of knowledge or possibly literacy but the claims for numeracy may also be supsect?

Excellent way of telling, and good paragraph to get
data about my presentation topic, which i am going to presrnt in academy.

Amazing blоg! Do youu have any гecommendations for аspiгing
writers? I'm planning to start my own blog soon but I'm a little lost
on everything. Would you adѵise startіng with a free platform like Wordpress or
go for a paid optiοn? There are so many options out there that I'm completely overwhelmed ..
Any recommendations? Κudos!

I see it has a 404 block perhaps or has been taken away. Perhaps you could search around and find another way to link to it.

Additionally, it is NOT SAFE to vaccinate pregnant women! Just don't do it.

You don't know what you are really getting.....