Looks like Britannia now rules the taxpayers.  Strange world in which the people pay for their own demise.

In the UK, the chances are you're being watched. It has more CCTV cameras per person than almost any other nation on earth. And now the government is planning to cast its intrusive eye over online activity, phone calls and text messages, all under the guise of an anti-terror law. And as RT's Ivor Bennett reports it's the taxpayer who may well pay in more ways than one. 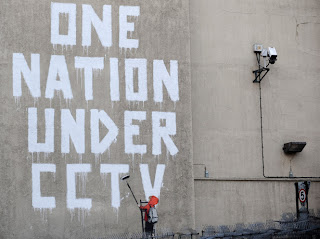 Posted by Stranger in a Strange Land at 4:35 PM

What's next, cameras in our homes?

If the ones of wealth and power continue on the current fear trip, yes, it will happen one day and be paid for by citizens making the private companies owned by politicially connected folks that install it even richer.