Happy New Year to All.  Have a lovely as possible 2017.
Posted by Stranger in a Strange Land at 6:27 PM 4 comments: Links to this post 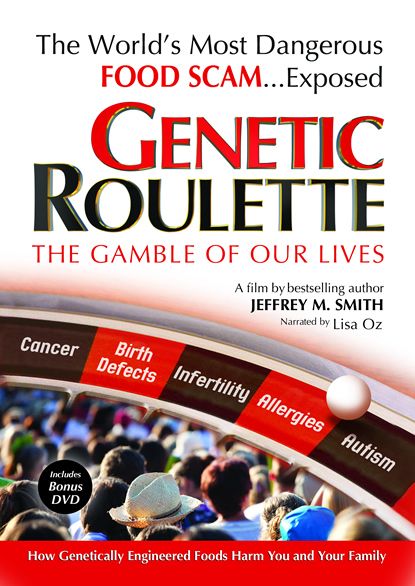 As you gather around with friends and family this holiday season, give them a gift that can change their lives. Use this link to watch the one hour version of Genetic Roulette—The Gamble of Our Lives together. This award-winning film by Jeffrey Smith has convinced more people to avoid eating GMOs than any other film, book, TV show, article, or anything else for that matter.
Send this link to those you love with heart-felt encouragement for them to watch it before it expires at midnight on January 1. This is, after all, the time to make New Year’s resolutions. And eating non-GMO and organic should be at the top of the list.
Immediately after Jeffrey debuted the film in Los Angeles, a woman approached him with her 16-year-old daughter. She said, “I have been unsuccessfully trying to get my daughter to change her diet for years. Now, after seeing your film, she’s enthusiastically ready to make the change.”
Right behind them was a woman and her husband who said the same thing about him.
People ask us all the time, “How do I get my family members and close friends to switch to non-GMO?”
The answer is simple. Let us do it for you. Have them watch the film.
You’ve got a week to share this with as many people as you can to spread the word and help change the world.
Ready, set, go…
Click HERE to watch Genetic Roulette--The Gamble of Our Lives
We wish you and yours a happy healthy holiday season and new year!
Safe eating,
The staff at IRT

Posted by Stranger in a Strange Land at 2:23 PM No comments: Links to this post

God Jul - Merry Christmas To All 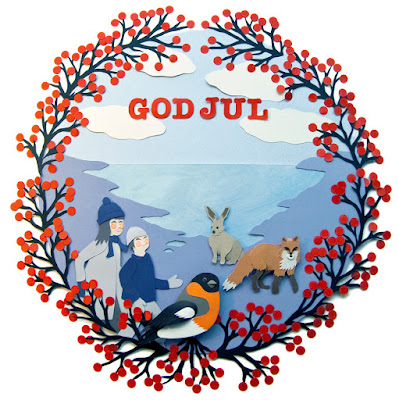 Wishing all a lovely holiday season from a Stranger In A Strange Land.

Mike
Posted by Stranger in a Strange Land at 2:59 PM 5 comments: Links to this post 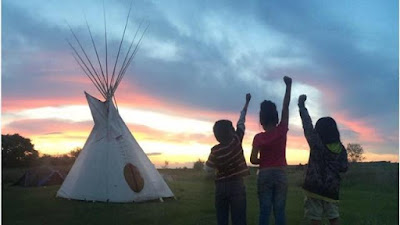 
I wish for you

I wish this for you

You can wish this for yourself

Once done for yourself

You too can wish this for others

Until they too can wish this for themselves

The time will arrive

Our wishes join together

Our wishes will join together

For a better Life

And a new way of living

Will our good wishes be

Posted by Stranger in a Strange Land at 3:48 PM No comments: Links to this post

We See A Future....A Discourse by M.N. Hopkins 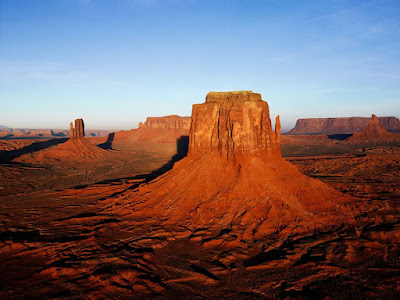 We see a future full of confusions, misconceptions, and misinterpretations that will lead many to unpleasant surroundings and strife amongst each other.  Out of this chaos will emerge a renewed longing for freedom that will one day break the chains that tie Mankind to your tyrannical social orders.  This will come about in a not too pleasant way, but come about it will one day.  For the dream has many willing to sacrifice for the good of the many and the more equal distribution of power and resources.

The population in the future will decrease due to the manipulation of crops, thus poisoning man's food supply, the widespread use of drugs, with their detrimental effect on the human body, and the total breakdown of organized and planned action due to the weakening of will and the lack of inspiration and leadership within your human communities.

This will pass in time and from the ashes of your former communities will arise a renewal of leadership that will take the reigns and move Mankind closer to it's true nature and a tried and true means of the use of their natural power to create, to heal, and to conquer their childlike fears that have a hold on the release of fresh and creative energies that can and will be used for the development of new views of power and the implementation of Man relying on his own talents and skills that are guided by Soul, that is guided by God toward a new world order.  Not the one envisioned today by the tyrants that now rule, but a world that is truly ordered and planned and actuated by the inherent goodness that sits within Man's heart center.

No longer driven by corruption and greed and imbalance, but now driven by thoughtful planning through a balanced approach to the living of ones life.  No longer will greed prevail and now will we have the natural cycle of creation, transformation, transmutation, renewal and then a return to be used in another way through another device that is better suited for the reality of the times.

The past habit of creating out of non-realities that lead to a chaos and confusion will no longer exist.  Now will Humankind discuss and plan systems that are suited to the realities of that time and the environments that exist.

We will plan for the now and past and future will take care of themselves.  We will live in harmony and balance with the Earth and each other.
You will have no choice but to change your archaic methods that no longer work.  Education will be as it was intended to be.  A way to adapt and adjust one's thinking to the task at hand in the time and place at hand.  The Elders and those with true skills and knowledge will lead the way and all will prosper in this system.

Each generation will build upon the past and modify their structures according to current realities.  In this way, and effective means of production and services can be maintained and adjusted over time along with the cycles of Earth communities and the human communities in a syncretized manner.

© M.N. Hopkins
Posted by Stranger in a Strange Land at 3:16 PM 6 comments: Links to this post

Start with the coconut oil, then add the baking soda and turmeric power. Mix it all together.


Note:  This will not turn your teeth yellow but will turn the toothbrush bristles yellow.  It might also be good to add one or two drops of peppermint essential oil.

A Message From Julian Assange on 7 December 2016

A Summary Of The Framing Of Julian Assange.

Cover letter by Julian Assange:
"Six years ago today, on 7 December 2010, I was handcuffed and locked into Wandsworth prison by order of a Swedish prosecutor, Marianne Ny. I had not and still have not been charged with an offence. The claimed grounds for my arrest and extradition without charge were so that Ny could question me. But it was not until six years later - three weeks ago - that I was questioned for the first time. I have decided to release my responses. But first, some background:
I am Australian. I am not Swedish. I do not speak Swedish. I have never resided in Sweden.
I am entirely innocent. I was already cleared of exactly this allegation in 2010 by the Chief Prosecutor of Stockholm, Eva Finne, who closed the case.
During the height of the Pentagon’s conflict with me the following month, the allegation was resurrected by the current prosecutor, Marianne Ny. It was immediately seized on to extinguish my freedom of movement and harm my reputation.
Without even bothering to take my statement, the Swedish Prosecution Authority broke its own rules and released my name to a tabloid newspaper. Prosecutor Ny went on to produce more than 40 press releases and press conferences about me. As a result, to this day more than half a million webpages falsely conflate my name with the word "rape".
For six years I called for my statement to be taken so that the ‘preliminary investigation’ might again be swiftly closed.
In February this year the United Nations found that Prosecutor Ny has caused Sweden and the UK to breach their international human rights obligations. The UN found that her actions are subjecting me to "cruel, inhuman and degrading treatment" and an unlawful deprivation of liberty which must immediately cease.
Finally, as a result, last month Marianne Ny sent a deputy and a policewoman to London to question me over two days, but – true to form – my Swedish lawyer was excluded from the room in yet another breach of my basic rights.
On 30 November the United Nations re-affirmed its decision in relation to my case. I am now releasing my statement to the public. The reason is simple. I want people to know the truth about how abusive this process has been. Furthermore, in the past the prosecution has fed partial information to tabloids that politically oppose me. It is better that my statement, which I am happy with, and which makes it obvious to all that I am innocent, sees the light in full.
Julian Assange
London, 7 December 2016"
Link to full text of Assange testimony (HTML):
https://justice4assange.com/IMG/htm...

Source:
Justice for Assange
Some old info from the beginning of this story:
History of the accusing of JA.

Case Fact-checker
Posted by Stranger in a Strange Land at 4:37 PM 4 comments: Links to this post 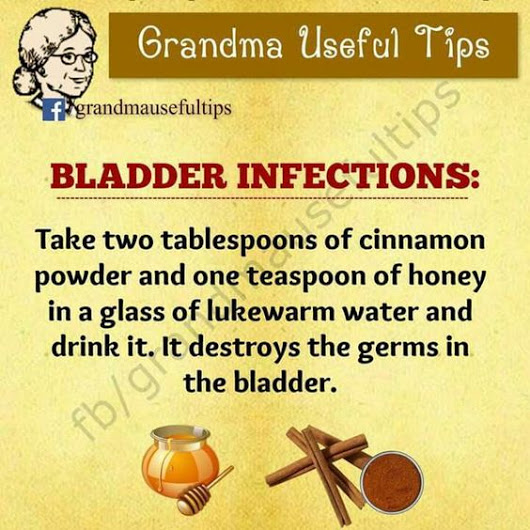 Posted by Stranger in a Strange Land at 3:52 PM No comments: Links to this post

I Stand With The Water Protectors Of Standing Rock, North Dakota 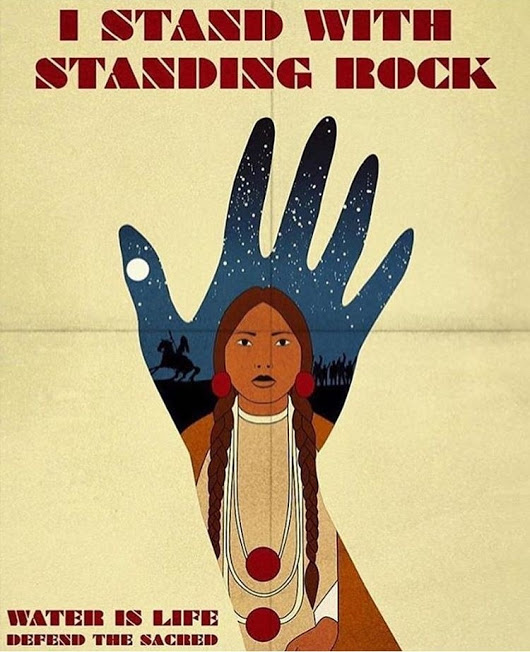 http://mnhopkins.blogspot.se/2016/09/call-to-action-in-north-dakota-stop.html
Posted by Stranger in a Strange Land at 10:41 AM 3 comments: Links to this post