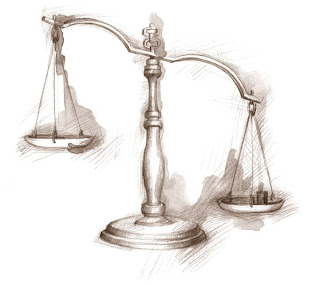 After reading the below in the Swedish media recently, I pondered about this case plus that of Julian Assange.

I wondered what jail time would be in the States for a similar crime.  I thought perhaps 30 to 40 years and perhaps even lifetime imprisonment.  I wasn't far from reality.  I found a chart for the sentences for Statutory Rape in the States.  This Swedish sentence would be considered very soft in comparison.

He has little to worry about if he is sentenced in Sweden and can stay in a Swedish prison according to this report.  His alleged crime is far less than this.  It has yet to be appealed.  Usually the High Court in Sweden halves the sentences after appeal or are acquitted.   It is also my belief that the time up to the conviction is deducted from the jail time in Sweden so he will not serve time in prison for long if at all once this travesty of justice is over.  If he did as many criminals in Sweden do, just don't show up for your court date and the case is often folded.

Perhaps this will not work for you though since you have been given such special and unusual treatment by the Swedish Government.  I have read articles in the Guardian that are so far from reality that I wonder who in Sweden is feeding the Brits with these tall tails that have zero semblance to the reality of Swedish Law or the Judicial System.  This Land is not just a rapists paradise but also what I consider a criminals' paradise.

Besides Julian, you get a private room in jail with TV and computer and can even buy alcohol and drugs at the Kiosk if the reports of the Swedish media are correct.   You can also purchase personal items online over the internet and if the authorites decide to move you to another facility, the State will pay for the moving truck.

So, cheer up, mate.  No worries, unless of course you are extradited to the good old US of A.  That most likely will not a five star prison as in Sweden. Now, dear children of Sweden, you have much to worry about .  Do take precautions and be careful.  Learn to protect yourselves.

This is the article that began the thought processes first in it's original in Swedish and then translated into English:

Here is a translation into English.

Starting at the end of the 90s and continuing for almost 10 years the now 50 year old man from Karlstad, Sweden had sex with a girl who was born in 1991.

He has been sentenced to prison for 4 years and 6 months according to Prosecution.

The man started sometime in the end of the 90s having sexual relations with the girl than 6 or 7 years of age.  At the end of the year 2000, he had sex once a week until she reached the age of 15 years.  He had the custody of the girl.

Posted by Stranger in a Strange Land at 8:16 AM