The Montpelier Manifesto - To be presented at the Third Statewide Convention on Vermont Self-Determination on September 14, 2012 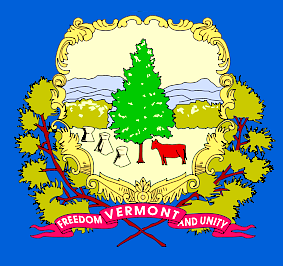 Governance
1.    A government too big, too centralized, too undemocratic, too unjust, too powerful, too intrusive, and too unresponsive to the needs of individual citizens and small communities.
2.    One that is too big and corrupt to be fixed or reformed, certainly not by such fantasies as campaign finance reform or corporate-personhood amendments.
3.    One that has lost its moral authority, is corrupt to the core, and is owned, operated and controlled by Wall Street, Corporate America, and their political lackeys.


4.    One run by a single brain-dead national political party on life-support systems, sustained by national and Congressional elections that are sold to the highest bidder, disguised as a genuine two-party system.
5.    One that relies on and fosters the illusion that only the U.S. government can solve all or our problems all of the time, in the face of the fact that it is the U.S. government that is the problem.
Economy
1.    A collapsing economy, with a moribund housing market and a staggering number of mortgage foreclosures, and high unemployment because of jobs lost to China, India, and elsewhere over the past three decades of globalism.
2.    Stagnant real incomes for all but the super-rich, resulting in an ever-widening gap between the rich and the poor and an increasing rate of poverty, homelessness, and inadequate insurance.
3.    A $15-plus trillion national debt and unfunded mandate obligations of $43 trillion, a staggering burden only added to by stimulus spending, tax cuts, and “quantitative easing” (printing money), none of which is restoring economic growth but does make us increasingly and dangerously dependent on China, Japan, and other foreign countries buying our treasury bonds.
4.    A central bank which has, by monetizing the growing national debt and providing cheap credit to bail out banks, increased the money supply to the point where the future value of the dollar and the rate of inflation are highly uncertain.
5.    A financial system based on “tricks and traps” rather than customer service and a financial regulatory system which favors predatory and ruthless Wall Street mega-banks at the expense of ordinary citizens.


6.    An economic system absolutely dependent for survival on consumption and affluenza (the illusion that the accumulation of more stuff, provided by big-box stores fostered by government globalization policies, can provide meaning to life), despite the knowledge that unrestrained growth in a world of finite resources is unsustainable and unworthy of pursuit.
7.    Public and private sector labor unions which have been under open attack by the government since the Reagan administration, by hostile anti-union private employers such as Wal-Mart, and more recently by some Republican governors.
8.    Corporate-owned, government-subsidized agriculture with its use of toxic pesticides and fertilizers, anti-biotics, genetically-engineered seeds, systematic animal cruelty, and virtual absence of food safety regulations creating a menace to public health, the environment, and small farmers.
Foreign Policy
1.    An immoral, often clandestine and illegal, imperial system based on full-spectrum dominance, military overstretch, might-makes-right, and the proposition that the world wants to be just like us, leading us to provide support to dictators and authoritarian regimes in the Middle East, North Africa, and elsewhere in the world.
2.    A dependence on military might, based on a multi-trillion dollar budget, 1.6 million American troops stationed at over 1,000 bases in 153 countries (including 80,000 in Europe, 36,000 in Japan, and 30,000 in Korea), Special Operations strike forces (Seals, Delta Forces, Rangers, Green Berets) deployed in 120 countries, and a proliferation of pilotless drone aircraft worldwide for reconnaissance and stealth attacks, sometimes killing civilians, including Americans.


3.    Immoral, illegal, undeclared wars in Afghanistan, Pakistan, Somalia, Yemen, and (via Israel) Palestine, the threat of war with Iran based on our deliberate acts of provocation, and the endless “war” on terror largely aimed with racial overtones at Muslims.
4.    The hammerlock hold of the Israeli Lobby over American foreign policy that forces us to support an Israeli-inspired war on terror against Muslims and keeps us from any real commitment to an Israeli-Palestinian peace process.
5.    The Cuban embargo.
Civil Liberties
1.    The highly intrusive, inept, ever-growing, money-guzzling Department of Homeland Security, together with other intelligence agencies, using the Patriot Act, the Military Commissions Act, the Detainee Security Provision of the National Defense Administration Act of 2011, and other covers for citizen surveillance and suppression of civil liberties.
2.    The disgraceful (and expensive and useless) Guantanamo Prison, prisoner abuse and torture, and the illegal rendition of terrorist suspects.
3.    A president who can order the assassination of anyone, anywhere, anytime (including U.S. citizens) whose name happens to appear on the White House “kill list.”
Criminal Justice
1.    Six million people under “correctional supervision” (more than were in the Gulag Archipelago under Stalin), including more black men than were in slavery in 1860 and 50,000 men in solitary confinement in “supermax” prisons.


2.    A failed international war on drugs that costs billions, ruins more lives than it saves, has spawned corruption and violence, an entrenched bureaucracy, and which has had no impact on drug use in the United States.
Social Services
1.    The most expensive health care system in the world, driven by fear of death on the demand side and greed on the supply side, that ranks 37th in the world according to the World Health Organization, now tied to Obamacare, which remains fatally attached to a private health care system that is in a death-spiral of rising costs and declining health outcomes.
2.    An education system dominated by the Federal government, committed to a one-size-fits-all corporate model, to the dumbing-down of America, and to a race to the bottom, which is why it ranks 18th in the industrial world, according to the OECD.
3.    A higher education system that is becoming so expensive that only the rich will be able to attend college; all others look forward to debt slavery.
4.    A social-welfare net that, despite being enormously expensive, is woefully inadequate to those it serves and has proven incapable of serious reform.
Infrastructure
1.    A widespread aging and collapsing infrastructure, including highways, bridges, tunnels, airports, dams, levees, and public water systems, now costing America $129 billion a year, according to the American Society of Civil Engineers, and will take an expenditure of $206 billion a year for the next 20 years to fix, sums which are simply unavailable.


2.    Transportation crises, including the obsolete and inadequate air-traffic-control systems and railroad passenger train systems, and a Federal highway system now 60 years old falling into disrepair across the country.
Redress of Grievances
“Whenever any form of government becomes destructive… it is the right of the people to alter or to abolish it, and to institute new government… as to them shall seem most likely to effect their safety and happiness,” says the Declaration of Independence. Alteration and abolishment include the right to disband, or subdivide, or withdraw, or create a new government.
Let us therefore consider ways peaceably to withdraw from the American Empire by (1) regaining control of our lives from big government, big business, big cities, big schools, and big computer networks; (2) relearning how to take care of ourselves by decentralizing, downsizing, localizing, demilitarizing, simplifying, and humanizing our lives; and (3) providing democratic and human-scale self-government at those local and regional levels most likely to effect our safety and happiness.
Citizens, lend your name to this manifesto and join in the honorable task of rejecting the immoral, corrupt, decaying, dying, failing American Empire and seeking its rapid and peaceful dissolution before it takes us all down with it.
To be presented at the Third Statewide Convention on Vermont Self-Determination on September 14, 2012 to be held in the Vermont State House in Montpelier.
September 4, 2012
Thomas H. Naylor is founder of the Second Vermont Republic and Professor Emeritus of Economics at Duke University. He is the author Secession: How Vermont and All the Other States Can Save Themselves from the Empire, The Vermont Manifesto: The Second Vermont Republic and co-author of Ajjluenza, Downsizing the USA, and The Search for Meaning.
Kirkpatrick Sale [send him mail] is the author of a dozen books, including Human Scale and Rebels Against the Future: The Luddites and Their War on the Industrial Revolution, and is the Director of the Middlebury Institute for the study of separation, secession, and self-determination.
James Starkey is Professor Emeritus of Economics at the University of Rhode Island.
Charles Keil is Professor Emeritus of American Studies at the State University of New York at Buffalo, and the author of Urban Blues.
Copyright © 2012 Thomas H. Naylor
http://lewrockwell.com/orig13/naylor2.1.1.html
www.TheCenterForBalance.org
Source:
Global Research Canada

Thanks for stopping by and leaving a smile. :)