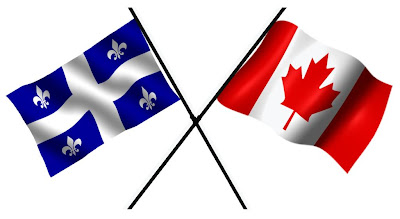 Their demonstrations have shaken Quebec in recent months, and on September 20th students and environmentalists won major victories.

At her first news conference as premier, Pauline Marois announced that her Parti Québécois government had cancelled the university tuition fees increase imposed by the Charest Liberal government, and would repeal the repressive provisions of Law 12 (formerly Bill 78)

Charest had imposed in his efforts to smash the province’s massive student strike. Among other things, this will remove the restrictions on public demonstrations and the threat of decertification of student associations.

In addition, Marois has ordered the closing of Gentilly-2, Quebec’s only nuclear reactor, while promising funding to promote economic diversification to offset job losses resulting from the shutdown. And she will proceed with her promise to cancel a $58-million government loan to reopen the Jeffrey Mine, Quebec’s last asbestos mining operation.


The new Natural Resources minister, Martine Ouellet, followed up by announcing an end to shale gas exploration and development in Quebec.  “I do not see the day when there will be technologies that will allow their safe development,” she said. Residents of dozens of Quebec communities have been mobilizing against shale gas.  As of March, there were 31 wells already drilled, and 18 had been fracked. The shale gas industry, which has spent some $200-million to date in Quebec, had plans to dig up to 600 wells a year by 2015.

A former president of Eau Secours!, a water protection group, Ouellet is one of three new ministers with strong environmentalist credentials, the others being Environment minister Daniel Breton, a co-founder of the Parti Vert, the Green party, and his deputy Scott McKay, a former Montréal city councillor and one-time leader of the Greens.

Student leaders were jubilant at the cancellation of the tuition fees increase. “Bravo to the striking students,” tweeted Gabriel Nadeau-Dubois, the former co-spokesman for the CLASSE, the most militant of the student groups that led the unprecedented four-month student strike in Quebec’s “printemps érable.”


“It’s a total victory!” said Martine Desjardins, president of the FEUQ, the university students’ federation. “Sept. 20 will be etched in the annals of history in Quebec,” tweeted the FECQ, the college students’ federation.  The students also welcomed Marois’ announcement that her government would maintain the $39-million boost to financial assistance introduced by the Liberals to offset their tuition increase.

The PQ government is committed to holding a summit on education as early as this fall to debate and propose new arrangements for funding higher education in Quebec.  Marois says she will be defending her party’s proposal to index tuition fee increases, which she says amounts to a freeze on current levels. The CLASSE pledged that it will continue to fight for free tuition, as did Québec solidaire.

Marois also announced cancellation of the $200 per person health tax imposed by Charest, which would have brought almost a billion dollars into the government coffers.  The loss of this user fee will be made up by a tax increase on incomes over $130,000 a year and a 25 percentage point decrease in the capital gains exemption, she said.

Marois also confirmed her determination to bring in a balanced budget by 2014, which means that these popular decisions will no doubt be followed by major cutbacks in spending in other areas, yet unspecified.
However, it was a good day for the new Parti Québécois government. Predictably, it was met by cynical reactions in the capitalist media.  Typical were the editors of the Montreal Gazette, who expressed the hope that the right-wing opposition parties would come up with what they described, in a mixture of hope and prediction, as “a persuasive alternative to what might probably be the shambles of PQ governance.”[1]

In a more sombre vein, Le Devoir‘s environment columnist Louis-Gilles Francoeur drew attention to the powerful business interests who will be quick to campaign against even modest efforts that threaten their profits.

“The lobbies that profit from the lack of rules governing wetlands, for example, have already claimed the head of Thomas Mulcair, then Environment minister.[2]  The review of [Charest's] Plan Nord and the changes that will be made by minister Ouellet – to whom we owe some caustic analyses of the proposed overhaul of the Mining Act – will no doubt provoke a groundswell of protest from the major investors… for whom the green economy is still an irritant and not a potential.

“Then we will see whether minister Breton took his dreams for reality when he declared that the greens were now in power….” •

Richard Fidler is an Ottawa member of the Socialist Project. This article first appeared on his blog Life on the Left.

1. Later changed in on-line versions to “what may likely be,” etc.

2. Mulcair was Charest’s Environment minister, who quit and later joined the federal New Democrats, whom he now leads. (Francoeur’s column is locked to non-subscribers.)

Global Research Canada
Posted by Stranger in a Strange Land at 10:46 AM

Yup close a nuclear reactor so that we keep using fossil fuels. What a great win environmentalists. Amazing. LOL