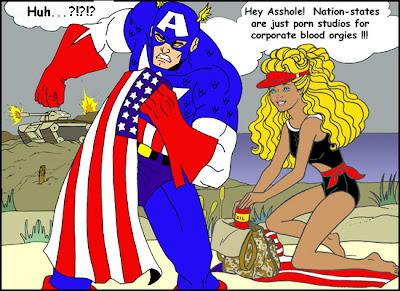 
"The last thing the US cares about in the Middle East is democracy. It is about oil, full stop."

Baghdad, Iraq - While the US military has formally ended its occupation of Iraq, some of the largest western oil companies, ExxonMobil, BP and Shell, remain.

On November 27, 38 months after Royal Dutch Shell announced its pursuit of a massive gas deal in southern Iraq, the oil giant had its contract signed for a $17bn flared gas deal.

Three days later, the US-based energy firm Emerson submitted a bid for a contract to operate at Iraq's giant Zubair oil field, which reportedly holds some eight million barrels of oil.
Earlier this year, Emerson was awarded a contract to provide crude oil metering systems and other technology for a new oil terminal in Basra, currently under construction in the Persian Gulf, and the company is installing control systems in the power stations in Hilla and Kerbala. 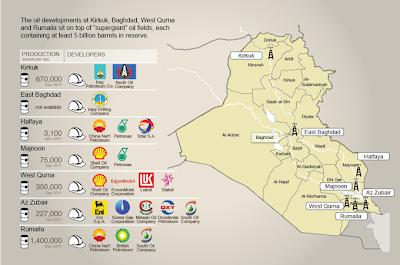 According to the US Energy Information Administration (EIA), Iraq's oil reserves of 112 billion barrels ranks second in the world, only behind Saudi Arabia. The EIA also estimates that up to 90 per cent of the country remains unexplored, due to decades of US-led wars and economic sanctions.

"Prior to the 2003 invasion and occupation of Iraq, US and other western oil companies were all but completely shut out of Iraq's oil market," oil industry analyst Antonia Juhasz told Al Jazeera. "But thanks to the invasion and occupation, the companies are now back inside Iraq and producing oil there for the first time since being forced out of the country in 1973."
"The last thing the US cares about in the Middle East is democracy. It is about oil, full stop."

Dr Abdulhay Yahya Zalloum  Juhasz, author of the books The Tyranny of Oil and The Bush Agenda, said that while US and other western oil companies have not yet received all they had hoped the US-led invasion of Iraq would bring them, "They've certainly done quite well for themselves, landing production contracts for some of the world's largest remaining oil fields under some of the world's most lucrative terms."

To read the entire article, please click on the clink below: