The Indian government is ramping up efforts to fingerprint and iris scan the entirety of its 1.2 billion citizens in an ambitious scheme to issue national ID cards with biometric details. The plan has so far already enrolled 110 million people and issued 60 million numbers, with the aim of enrolling 200 million by this March and 600 million by 2014.
The project stems from two separate, overlapping schemes, the Unique Identifcation program (UID), aimed at providing India’s 200 million poorest citizens with failsafe access to the country’s welfare system, and the National Population Register (NPR), aimed at providing a national ID card to help identify and deport undocumented immigrants.
Last month, the UID plan hit a roadblock when a Parliamentary committee issued a blistering attack on the scheme, calling it “directionless” and “full of uncertainty,” while critics note the danger of the project in the absence of coherent privacy laws. Just how the government will use the information, or even who will have access to it, has yet to be properly determined.
Although fast becoming the largest such database in the world, it is not the only government-administered repository of biometric details. Nations across the globe are increasingly turning to the collection of biometric information under a host of programs, including proposed national id schemes like the one being implemented in India
Countries around the world are now adopting biometric passports and travel documents that use fingerprints and digital photographs to verify passenger identity. Presented as a way of streamlining and standardizing entry and exit procedures at national borders, what the public is not told is that these documents are the end result of a years-long process of coordination that has codified the technical specifications for these systems via international agreements. In addition, countries are increasingly agreeing on an infrastructure for sharing their biometric databases between each other via database sharing agreements that have received scant attention.
Governments around the world are eager to tout the potential benefits of these national identification registers in glossy promotional videos depicting gleaming science-fiction-like future societies of efficiency, however the privacy and civil liberties implications of this technology are seldom discussed.
The UK under the Labour government of Tony Blair and later Gordon Brown attempted to implement a national identity register and ID card system that would have required the logging of an extensive amount of personal and biometric information in a central database, but the program caused waves of protest and the government eventually gave in to the public outcry, scrapping the plan for the national registry and instead only implementing the biometric id scheme for foreign nationals.
Now, concerned Indian citizens are hoping that a boycott can be organized to help derail the Indian id card scheme to prevent the institution of an all-seeing surveillance state, and to keep this information from being sold to the highest bidder in a country notorious for its official corruption.
TRANSCRIPT AND SOURCES: 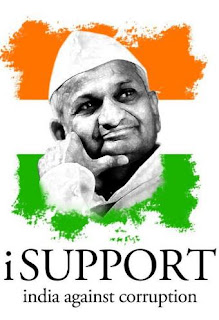 Posted by Stranger in a Strange Land at 10:20 AM