Today the Feds raided the website MegaUpload, which led to the arrests of seven people across the globe, according to some reports. Now the Hacktivist group, Anonymous, has come forth in retaliation to the crackdown and launched an attack on several websites including The Department of Justice, Universal Music Group, and the Recording Industry Association of America. The wave of attacks is just the beginning and Barrett Brown, founder of Project PM, joins us to discuss whats next for the groups. 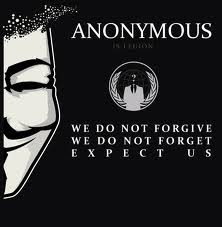 Posted by Stranger in a Strange Land at 11:59 AM

The problem with ddos and other attacks is that it's unbelievably easy for any large news network to simply pass anonymous off as domestic terrorists. of course Anon did get some positive PR from some recent broadcasts.