Reported In The New York Times – Flu Vaccine Does Not Work 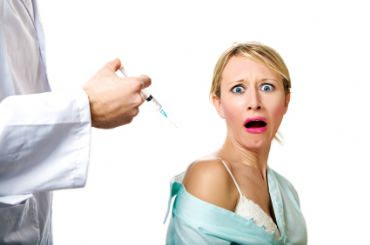 Reported In The New York Times – Flu Vaccine Does Not Work


Last month we reported that respected international scientists–such as Dr. Tom Jefferson who have examined the evidence about the efficacy of the influenza vaccine–concluded that annual flu shots “are likely an utter waste of time and money.“

Yesterday, the New York Times reported that US public health policy, urging everyone over 6 months of age to be vaccinated against the flu annually, has provided “a multibillion-dollar global business bonanza” for vaccine manufacturers.

However, the Times reports that yet another independent assessment about the effectiveness of the flu vaccine, by scientists at the Center for Infectious Disease Research and Policy at the University of Minnesota, found that flu vaccines provide “only modest protection for healthy young and middle-age adults, and little if any protection for those 65 and older, who are most likely to succumb to the illness or its complications.“

Moreover, the report’s authors concluded, “federal vaccination recommendations, which have expanded in recent years, are based on inadequate evidence and poorly executed studies.“

“We have overpromoted and overhyped this vaccine,” said Michael T. Osterholm, director of the Center for Infectious Disease Research and Policy, as well as its Center of Excellence for Influenza Research and Surveillance.

“It does not protect as promoted. It’s all a sales job: it’s all public relations.”

The Times reports that Dr. Osterholm comes from the world of public health and the Centers for Disease Control and Prevention. A bioterrorism and public health preparedness adviser to Tommy Thompson, the former health and human services secretary, he served on the interim management team during a transition period at the C.D.C. in 2002.

“I’m an insider,” Dr. Osterholm said. “Until we started this project, I was one of the people out there heavily promoting influenza vaccine use. It was only with this study that I looked and said, ‘What are we doing?’ ”

The Times reports that “C.D.C. officials acknowledge that the vaccines do not work as well in the elderly population as they do in younger healthy adults.“

So, when you’re offered to be vaccinated against the flu, just say, “no thank you“

See, “Reassessing Flu Shots as the Season Draws Near?”

Posted by Stranger in a Strange Land at 12:41 PM