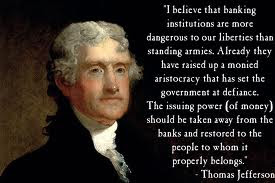 Grim Economic Prospects for 2012: Social Upheaval, Bank Defaults and Financial Chaos
by Bob Chapman
Global Researxch Canada, December 28, 2011
Social and political trends are taking their toll on all three regions. The leadership in the US via both parties is trying to destroy the US Constitution, as being irrelevant. Congressman Ron Paul is the only presidential participant defending Constitutional principles, as the remainder in both parties seeks world government. The experiment, which we have seen played out in Europe over the past 20 years, has been an abject failure. There is no question this is a crucial period in US history, as well as that of the UK and Europe.
The game goes on, as German leadership tells us the euro is stable, even as it hits yearly lows. We are told the problem is a crisis in several member states. That may be true, but they all are inseparable. The reassurance from politicians and bankers to calm the market place is beginning to fall on deaf ears. No matter what the cause of the debt crisis it exists and leadership as yet cannot find a solution. Even short-term solutions, such as the use of the EFSF are not going to work. All they will do is gain time. In that process, what happens if France’s credit rating is cut one or two levels? How can France then continue to participate?
The present French government has buried the government in losing investments, which we believe in June will force the electorate to choose the Front National to solve national problems. The public, as in most other countries are sick and tired of lies and incompetence from politicians, bankers and bureaucrats possessed with the creation of world government. At this point confidence in the euro is hanging by a thread and Europe’s leadership doesn’t know how to solve the problem. We have seen such crises of confidence often over the past 15 years. It is not unique, but the size of the euro zone is compelling, because the crisis touches so many people. Currency is the vehicle to bring about a solution, but if confidence is lost the currency cannot perform part of its role as monetization continues unabated, confidence continues to fall and inflation as a result flourishes.
It is not that EU leadership doesn’t want a solution; it is that there isn’t a solution, other then to purge the system. In that environment the politicians, bankers and bureaucrats have their power to control the people taken away from them and the citizens take back their countries and their liberty and freedom. The euro has been an unnatural experiment implanted as a nexus for world government. We predicted this in 1992 and nothing has changed. We expected failure and we now have that failure. After years of leveraged profits for the insiders the public is left with unpayable debt.

The debt bomb began with Greece, Ireland and Portugal. It has been followed by Belgium and now Italy and Spain. We see new commitments for bailouts, but will the funds materialize. We are talking more than $1 trillion and that will entail more bank reorganization that is bailouts. That is governments and the public, bailing out the banks again. The debt loads are enormous for sovereigns as well as bankers. European politicians and economists realize six sovereigns are in serious trouble for at least $6 trillion. $4 trillion will be need for Italy and Spain alone, that is just to keep them going sideways. To our way of thinking Greece is a black hole and after elections we believe it will finally default to be followed by Portugal, Ireland and Belgium. We can understand why the sovereigns are so concerned with the group of 6 and the stability of the euro. This is why, without fanfare and very discreetly the Bundesbank, loaned the ECB $644 billion. That is a very large sum of money even for Germany. This transfer loan has been listed under Target 2. We understand why the funds were needed, but will the German public be happy with the program? Remember, 65% were and are against such further programs.


To read the entire article, please click on either of the two links provided below:

Posted by Stranger in a Strange Land at 11:14 AM

Thanks for visiting my blog.

Best wishes to you & yours,
Mike

Hope 2012 would bring lots of good stuff. Thanks for sharing this even its scary.
Happy new year .

And thank you for visiting and leaving a New Year greeting.