The Constitution Is Dead: The Gradual Transition Towards An Orwellian Police State by Devon DB 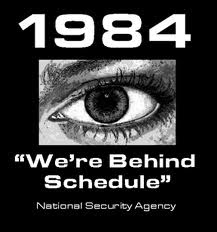 The Constitution Is Dead: The Gradual Transition Towards An Orwellian Police State
by Devon DB
Global Reasearch Canada, 3 December 2011
Americans denied their First and Third amendment rights...
Many in America still believe that the Constitution is the supreme law of the land and that politicians, both Republican and Democrat alike, still hold that view and ensure that any and all legislation passed does not violate it. However, in today’s America, the Constitution is effectively a null and void document, nothing more than a symbol politicians pay lip service to.

The destruction of the Constitution began soon after 9/11 when the Patriot Act was pushed through Congress. In the heat of the moment it seemed as if the legislation was meant to protect us from terrorism, however it was later revealed that certain provisions blatantly violated the First, Fourth, and Sixth Amendments. [1] Interestingly enough, however, this didn’t stop the Senate from to extending the Patriot Act earlier this year [2]. In doing this, the government revealed just how much they respect the Constitution.

The next unconstitutional act to take place was under President Obama. Despite his “hope and change” rhetoric during the campaign, the only thing Obama changed was to further erode the Constitution and the power of checks and balances in government. Obama argued that the UN mandate gave him the right to bombard Libya, however the mandate has nothing to do with the fact that such an action was unconstitutional [3] as the power to declare war in held solely by Congress, not to mention the fact that it violated the War Powers Act. In carrying out this action, Obama did even more to expand the imperial presidency and showed his blatant hypocrisy as in 2007 he clearly stated that “The President does not have power under the Constitution to unilaterally authorize a military attack in a situation that does not involve stopping an actual or imminent threat to the nation.” [4] (emphasis added) However, in later months he would take this disregard of the Constitution to the extreme.

To read the rest of this article and for other information, please click on the link provided below:
http://globalresearch.ca/index.php?context=va&aid=28010
Posted by Stranger in a Strange Land at 1:02 PM

Big Brother is watching, watch what he does.