A 1953 Prediction About Japan 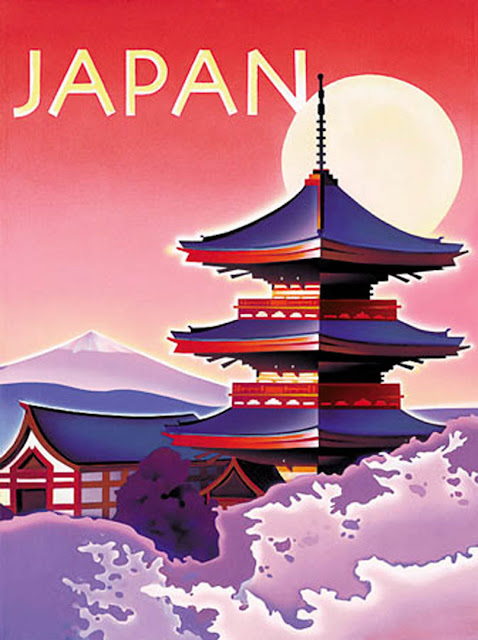 Although, I have not had any knowledge of Ann Ree Colton or her reported abilities until today, I received this prediction about Japan that came through her in 1953 and thought that many might find it of interest.  I have also included a few links for those interested in taking a deeper look into the life and works of Ann Ree which will be provided after the text as I was given it:

From Ann Ree Colton's Islands of Light or The Lively Oracles.


"the destroying principle is at work in China, Japan and Russia to purge away ages of crystallization.  In these countries there will be earthquakes, famines, storms and social upheavals such as have never before been know in the memory of man."

"that which cometh onto Japan and moveth into China between the boundary of Russia falleth as a purple shadow.  There seemeth to be a large beast growing, made out of this deep purple light."

"We go into the great domed room of the Maha Chohan.  In the tiers are men from Japan.  There is a somber feeling within the room.  Reflected on the screen are the countries of Japan and Indo-China.  We see great upheavals.  We look deep into the earth of Japan and see beneath a core of volcanic action, affected out of old Lemurian times, which throws off an ether creating gas on which and electrical and volcanic action comes.  The Maha Chohan is speaking--'Japan is its interior life of psychology, of government and politics, as a small insect under a large spider...The world and the Earth receive the news of physical and volcanic shocks as of Nature and element, and of shocks of government and change of Japan through which a finger out of China toucheth and placeth itself in the middle.....It is on Japan that the future elements in the world affect men as of the Pacific corridors of the Earth.  That which affecteth Japan toucheth the Western world of civilization and changeth the course and events pertaining to the East.  The men in Japan are men out of old Lemurian days.  They carry within them the memory of tradition and now face a new psychology.   In the next 70 years the remaining part of Japan will be given over to a new type of worship and government and a new type of fellowship unto the world.  The ethers changing in Japan begin to produce men taller in stature and men taller in spiritual values as to a Living God.  By absolving old karma as ancient Chinese, they preserve that given out of the chaos affecting in the immediate, that of Japan."

Posted by Stranger in a Strange Land at 4:26 PM

Other things about China: I remember in about 1975 Ann Ree said China would produce a lot of scientific knowledge. That was well before China's current expansion.

On the subject of prophecy, she talked about the difference between fate and destiny. Destiny is like a boat ride between two points. It is set. Fate, which is what we make, is what we make of the trip. It can be hard or easy depending on choices we make.

How much of what she wrote in 1952 was destiny and how much was what would happen based on choices of many decades or centuries preceding 1952, I don't know. Some things happened but at slightly different dates. For example, she said Russia would be a satellite of democracy similar to socialism. The year, I think, was 1978. The collapse of the Soviet Union was actually around 1991. Things still look unsettled there.

Thanks for the interesting info.

Archimboldo's explanation of destiny versus fate will stay with me...wow. It is interesting to know that there are folks who can foretell events...yet not surprising...The vibrational field is constantly at work, and like destiny and fate, we may be on the wave to be aware of coming tides...
Thank you, as always, informational.

You are very welcome Nicoleta.