The Dark Side Of Gardasil - Five Years Later: Ashley's Story

My name is Ashley Adair and I am suffering the side effects of something I thought would help me.  I received the Gardasil vaccine because the people and doctors all around me kept telling me “OH! This vaccine is the best thing to happen to the medical industry!” Of course my mom and I fell for it like many girls have. I want to let people know about the dark side of the Gardasil vaccine.

My Life Before Gardasil

Before the HPV Vaccine, I was the most energetic child. I went to school for 8 hours, then went to 3 hours of gymnastics practice, finishing with homework at night. My weekends were filled with gymnastics meets. After gymnastics I went straight into competition cheerleading, which were the same hours. I basically lived in the gym and loved every second of it. I was blessed. Overall I was a healthy child.

After the First Gardasil Injection

I received my first injection in April, 2008. My injection did hurt more than a normal injection. I had mild soreness and redness after. At the time, I didn’t recognize the symptoms I was having. I had slight fatigue, and I would occasionally have a very sore throat. I could not stick my tongue out and I just threw it off as an allergic reaction to chlorine because I was swimming a lot.

After the Second Gardasil Injection

The nightmare began in June, 2008. I received the second shot and I noticed it hurt a bit more than the first. I almost cried a bit, which is very much unlike me. I got a little lightheaded at the checkout line. After 30 minutes, I was fine. The very next night I told my mom I was very sick. I was crying in pain with my pelvis and legs absolutely killing me. I was running a fever and I was very nauseous. So like any parent would, she took me to the emergency room. Of course, the doctors only listen to one symptom and told me I had a stomach virus and that they couldn’t do anything for me. They sent me home.
The next day I was so exhausted and slept till about 3 o’clock. My mom came home from work.  I went outside and noticed I had some kind of rash all over my body. It looked like someone took a fine point purple permanent marker and dotted it all over me. My mom immediately took me to my regular pediatrician and he could not figure out what was on me. He ran a lot of blood work and we went home until we could receive the blood work news. My mom received a phone call around 9 o’clock; one of the scariest phone calls she has ever received. My doctor told her I needed to get back to the ER ASAP. He told her that my blood work was CRITICAL, and the rash on me was called a petechial rash.
To read the entire article, please click on the link provided below: 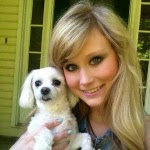 Posted by Stranger in a Strange Land at 1:54 PM

Hi Mike - Just want to let you know I am having this published in my local paper under my column. Good stuff. Cheers and thanks.

You are most welcome, Michael. I hope that the folks in the Yukon use this info as food for thought.

You have a TWIN !!! My daughter received Gardasil in 2011. Now 3 years later, she is incapacitated. We are working on her story now. Thriving gifted athlete and student now resigned to possible wheelchair in near future.

So glad to have found you.