The War on Whistleblowers by Truthloader Channel


On the face of it President Barack Obama has given whistleblowers more legal protection than ever but, conversely, he's also prosecuted more people under the Espionage Act of 1917 than all other presidents combined. As things stand eight people have been charged or convicted under the act, which is designed to stop spies handing classified information to foreign governments and makes no mention of whistleblowers. Some, like Chelsea Manning and Edward Snowden are infamous, others like John Kiriakou and Stephen Jin-Woo Kim are less well known. This is a story all about how a law got flipped, turned upside down and used to wage a war on whistleblowers.

Can you beat the NSA? - an interactive quiz: https://www.youtube.com/watch?v=ObTde...

Join us on Google+: http://google.com/+truthloader

Truthloader is a channel dedicated to citizen journalism. We find the best examples of crowd-sourced video and independent content, then use our expertise to add context and analysis. We respond to the stories you're interested in, so if you've got a story you'd love us to get to the bottom of, tweet us, Facebook us, or respond to our videos with a comment - and perhaps check out our reddit. 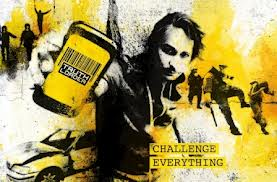 Posted by Stranger in a Strange Land at 3:39 PM