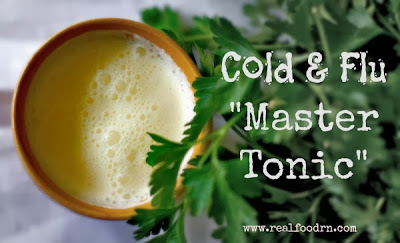 7 Foods and Herbs to Fight the Common Cold


While some people only experience the sniffles during the cold season of sickness, most individuals will undoubtedly battle a nasty cold or even the flu. And while we’re conditioned to praise vaccines and pharmacy solutions to survive, you really don’t have to load up on over-the-counter medications to feel better. There are plenty of foods and herbs that can reduce the severity of your symptoms and even help you get over the cold more quickly.
Here are 7 immune-boosting foods to help you overcome and prevent sickness:
1. Vitamin C- Vitamin C itself is a fantastic tool for boosting overall immunity and fighting upper respiratory symptoms. One study in The Cochrane Library found athletes were able to fight a cold more efficiently while taking a vitamin C supplement. This is important because the athletes tested were endurance athletes, those under significant physical stress.
2. Kiwi- Kiwi fruit benefits are amazing. Kiwis are loaded with vitamin C, fiber, and B-vitamins. A recent study published in the British Journal of Nutrition found that a diet rich in kiwi was able to reduce cold symptoms (head congestion and sore throat) among participants.
3. Apple Cider Vinegar- ACV is a powerful anti-bacterial, anti-fungal, anti-viral, and anti-inflammatory substance used for countless remedies. Its alkaline state makes it effective at boosting the immune system and preventing disease overall. Mixing it with warm water and a bit of honey can help it go down more easily.
4. Ginger- While we normally think of ginger as a solution for upset stomachs, it can have other soothing benefits as well. In addition to being a powerful cancer fighter and anti-inflammatory food, ginger is great for congestion, cough, sore throat, stuffy nose, and can promote perspiration and detoxification. Check out ginger health benefits here.
5. Echinacea- Often found as a tea on grocery store shelves, Echinacea is an herb known as an overall immune-booster as well. Taking it after a cold hits can reduce the duration of your cold by several days. One large clinical study found that Echinacea can reduce the duration of colds by 26%.
6. Oregano oil- Oil of oregano is a powerful healing agent, often sold as a liquid or in supplement capsules. It has been shown to prevent and even wipe out viruses. It is both anti-viral and anti-inflammatory, fighting the virus and the symptoms it brings.
7. Zinc: Found naturally in foods like oats and seeds, zinc is also included in lozenges. It’s an immune-boosting trace element that is known to combat the symptoms of a cold.
You don’t have to invest in pills to make it through a cold, and you certainly don’t need a prescription to fight a virus. These foods and herbs are natural cold busters and can help you triumph this cold season.
Source: