Protesters in Athens are clashing with police, some throwing stones and Molotov cocktails. Greece's coalition government managed to agree on a new austerity deal their creditors demanded.

But Eurozone finance ministers say they want to see concrete action before the second bailout worth 130 billion Euros can be handed over. The Greek Parliament is expected to vote on Sunday. But a junior coalition member says he will not back the new plan.

RT talks to Max Keiser, financial analyst and host of the Keiser Report. 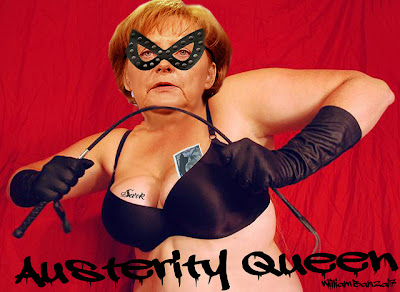 Posted by Stranger in a Strange Land at 11:05 AM

Today's Keiser Report is a gem, more on MF global and how buying gold makes you a Terrorist in the eyes of the FBI.
Great work on this blog


Thanks for stooping by for a visit and your comment.