"Time is Running Out: Ecology or Economics?" A Lecture by David Suzuki


Environmentalist and activist David Suzuki gave a lecture titled "Time is Running Out: Ecology or Economics?" at noon on May 6, 2013 at Western Washington University's Performing Arts Center Concert Hall, as part of Western's annual Japan Week Celebration. The event was co-sponsored by Japan Week and Western's Office of Sustainability.

Suzuki is best known for his work as a radio and television host dealing with natural sciences in an easy to understand way, and has won numerous awards throughout his career in broadcasting. He has also received 25 honorary degrees from institutions in the United States, Canada and Australia and written 52 books, 19 of which are children's books. He also a co-author of "An Introduction to Genetic Analysis," one of the most widely used textbooks on Genetics in the United States.

Suzuki graduated from Amherst College with a bachelor's degree in Biology and received his doctorate in Zoology from the University of Chicago in 1961. He is currently a professor emeritus at the University of British Columbia in Vancouver, B.C. 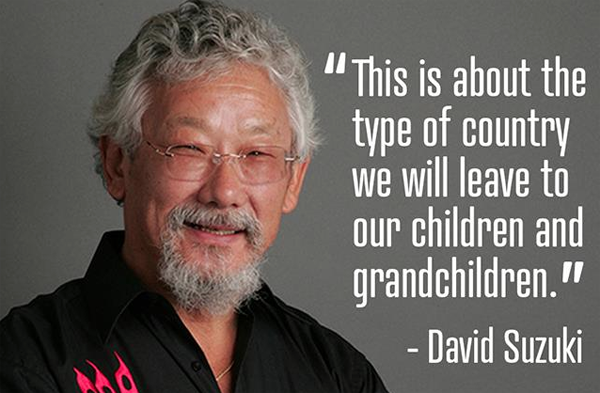 Posted by Stranger in a Strange Land at 10:28 AM