February 11th, 2014 Is The Day We Fight For Internet Freedom 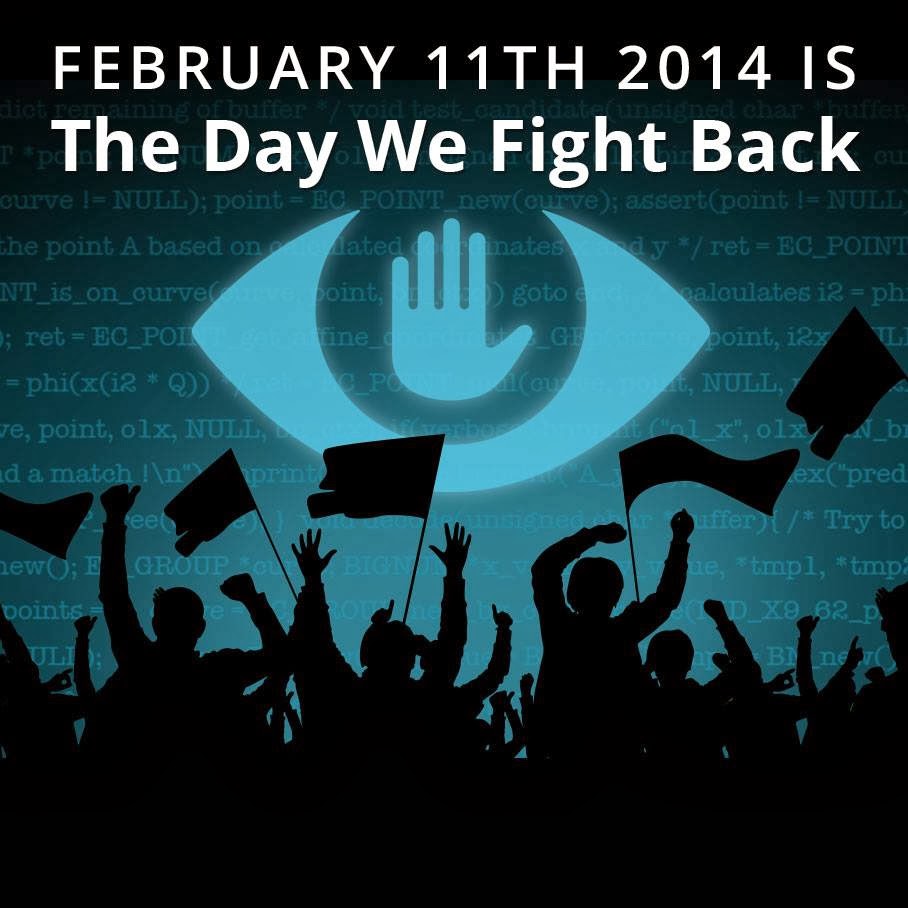 The internet needs your support. Stand with us: add the Day We Fight Back banner to your website.

We believe the internet works better when the world works together. Our biggest victories have come when the internet stands as one: when we brought down SOPA and PIPA in the United States with the largest internet protest in history, when we stopped the ACTA treaty in Europe. Now, we're up against the world's most powerful intelligence agencies, and that's why we're calling on you again.


This Tuesday, people across the world will lend their names to the fight against mass surveillance. They'll take to the streets in protest, they'll reach out to their elected representatives, and they'll endorse Principles that protect privacy rights. But ahead of this day of action, it’s up to users like us to build this movement from the ground up.

Visit TheDayWeFightBack.org and use our banners, graphics, and images to help spread the word.


Together, we can stand up for the fundamental rights we hold so dear. After the defeat of SOPA and PIPA, internet activist Aaron Swartz pointed out that we won because individuals everywhere "made themselves the hero of their own story."

In the face of government spying digging deeper into our lives than we ever could have imagined, it’s time for our heroes -- you -- to rise up once again.

For our digital freedoms,

Jamila Brown
Digital Engagement Manager
Source:
https://thedaywefightback.org/
Posted by Stranger in a Strange Land at 11:44 AM