In an attempt to highlight the importance of whistleblowers, Julian Assange chose to have WikiLeaks' Collateral Murder footage as background for his speech at the Sam Adams Awards, an award dedicated to whistleblowers. The ceremony was organized by the Oxford Union. As a result of the video playing in the background and unsuccessful attempts to vet Julian's speech, the Union pulled the live stream from the event and spent two days substituting the US Army massacre footage with their logo. The Union claimed they feared that the US government would take legal action concerning "copyright" of the Apache gun camera footage. Wikileaks advised the Union that by law and practice the US government does not claim copyrights on footage or documents that it produces, the Union still decided to censor the video.

For more information behind the Collateral Murder event in Baghdad see: 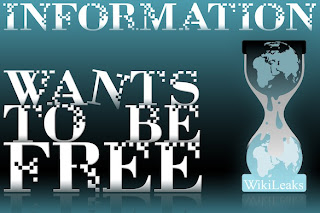 Posted by Stranger in a Strange Land at 12:03 PM