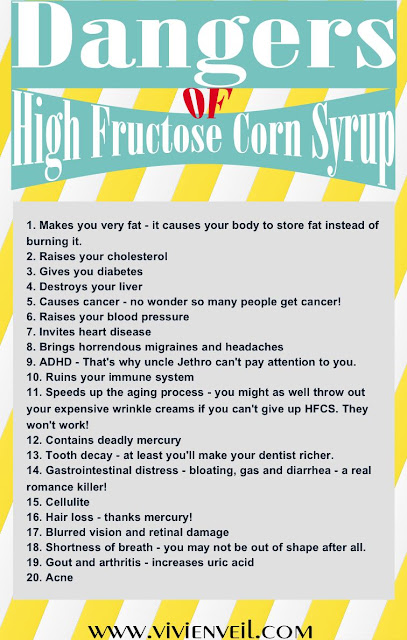 Experts agree – sugar truly is a health destroyer. And whether it’s real sugar or sugar in the form of high-fructose corn syrup, negative health effects will surely pop up with over-consumption. But some research does indeed pinpoint HFCS specifically for causing a concerning amount of damage. Two studies coming to these conclusions found evidence showing that HFCS promotes obesity and causes damage to the liver.
One study, conducted by Duke University researchers, found that HFCS leads to scarring of the liver, similar to liver disease. Some research has said that HFCS scars the liver as bad as excessive alcohol consumption. Other research also found that it worsens the condition of those with non-alcoholic fatty liver disease (NAFLD).

Researchers looked at more than 400 patients with NAFLD and asked them questions about their HFCS consumption, specifically in beverages sweetened with the sweet stuff (like sodas). Those who consumed the greatest amount of HFCS had the most severe scarring of their livers.

In another study, researchers found the link between HFCS and obesity was more pronounced than that of sucrose and obesity. The experiment was done on rats, one group of which was fed a solution of sugar and another with HFCS. The group fed HFCS gained “significantly” more weight than the others. Then, they monitored changes in rats who ate rat chow compared with those who supplemented their rat chow with a HFCS solution—those with the HFCS gained about 48% more weight than those without.

“Some people have claimed that high-fructose corn syrup is no different than other sweeteners when it comes to weight gain and obesity, but our results make it clear that this just isn’t true, ” researcher Bart Hoebel said.

Further, the rats that ate HFCS showed the telltale signs of metabolic syndrome (a precursor to heart disease). These signs included higher fat deposition in the abdomen and a drop in triglycerides.

HFCS is so prominent in the food supply that Americans are consuming 35 pounds of the sweetener on average each year. To avoid it is simple—avoid processed foods. Spend the majority of your time and money in the produce aisle and shop at natural food markets. This is where you will find the foods that are made naturally, with sun and dirt (especially those that are organic). Finally, if you haven’t already—ditch the soda habit. 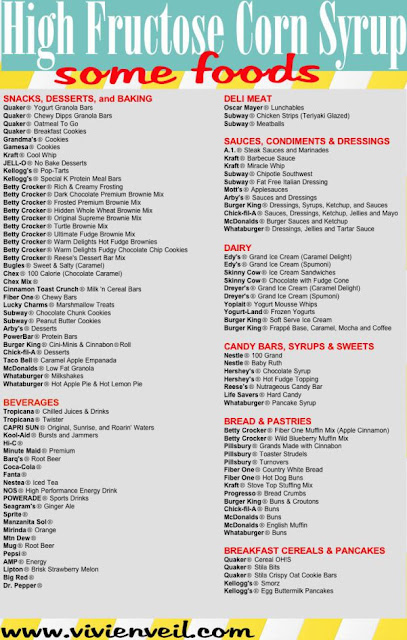 Posted by Stranger in a Strange Land at 1:11 PM