FOOD FIGHT - The Hood Says No to Processed Food

Food Fight is the story of a kid who lives in a world where the food at the local corner store is killing his neighborhood -- literally.

Support the movement for thriving communities by getting this into schools and donating to SoS Juice:

Join the fight for food justice!

We ALL need to be food fighters! That means fighting for food justice across America, and especially in the inner cities where the availability of healthy food is limited (by design).

I can confirm there is an agenda in America right now to keep inner city people diseased, dumbed-down, cognitively impaired and nutritionally deficient. The vector of attack is the food supply and vaccines. The motivation behind this is to make sure people can be easily dominated by the system (corporate fascism conspiring with government). The food is poison, and it kills orders of magnitude more people than guns, or auto accidents or anything else, including pharmaceutical medicine.

There is an epidemic of degenerative disease that's being thrust upon inner city citizens in an almost genocidal stealth attack. This is the thing we need to wake up and recognize if we hope to stand against the "industry of death" that manufactures the food.

I am a food fighter and always will be. The creators of this video are food fighters. Ultimately, we are all spiritual warriors because what we're fighting for is more than mere substance; we are fighting for the soul of humanity.

Will you join us in this fight?

If so, help spread the word on this amazing video.

There's a war going on inside,
no man is safe from:
DDTs, PCBs,
every corner in the hood got a KFC
or McD's. It's crack speed like RED
Bull-ish they pulpit -- so caffeine,
Kit Kat like a click-clack holes in your genes
Cuz everything at market ain't all what it seems.
Little Debbie bussing biscuits at sugar-high fiends.
Ain't nothing but a G thing --
GMO, MSG, genocide of street gangs.
Aspartame or street cane.
Monsanto is Rambo.
Round Up with ammo.
Who would have known you can die from a diet
Diabetes and the -itis from the dairy and the dose
of the high fructose
cuz your ribs too close
so you might start a riot.
Might be a FOOD FIGHTER!
Source of test and lyrics: 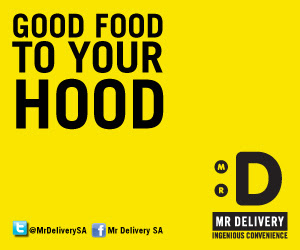 Posted by Stranger in a Strange Land at 8:42 AM