A Vision of Hope Revisited - A Dream of Tomorrow Enfolding Today 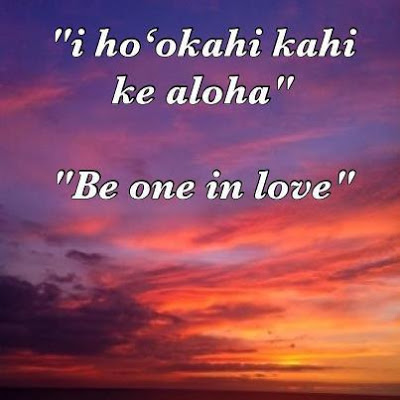 A Vision of Hope - Revisited

I saw myself in my minds eye as one of many extended both long back into time and long forward into the future.  It all began with a dream of freedom countless centuries ago.  After the dream had begun, each added to the strength of the dream by adding their contributions and energy to human community thus keeping the dream alive.  All knew and understood their part in this joint creation of Man that involved many over a very long period of time.

I saw humanity as individuals all connected to this dream that appeared as a wave in the sea.  The wave was rolling through time, growing in intensity and height as each contributed their part to this movement toward freedom.  After some time the wave grew to such an intensity it had Tsunami strength.  Each individual through time had played their part and added to the collective energy of the dream until it had become an unstoppable force of nature aided by Man.  So many had sacrificed so much along the way to unleash such a powerful force of longing into our world.

At a point in my vision all down heartedness disappeared and I knew with that calm certainty that I feel at times that even if our present day Servers of the Good and I could no longer add our contributions of energy to this dream of Man that others would continue until the dream has been realized in time.  The wave was rolling with such an intensity that I knew without doubt it was now unstoppable and had already done the work of the transformation of human community to that of love and reason.  I knew without a doubt that Man would once again live in his former glory and in freedom in the future.

This event occurred not due to the efforts of Aliens, Advanced Beings, or Ascended Masters but due to the hard work and sacrifice of countless humans who have held this dream of freedom dear and close to their hearts.  It is our dream and our prize.

So be at peace and be assured that no one, nowhere can possibly put an end to this collective dream of Mankind.  Be not deceived and know deep within yourselves that your efforts were a loving gift to future generations.  A gift of freedom given freely that will one day be appreciated and cherished and will live within the human heart.

To those who will, feel these words as you read the above text and see and feel in your own unique way and come to your own realization as to the truth of these words.  Calm your mind before reading or join with me in your minds eye and view the wave as it rolls to completion.  Express yourself in art or music or just feel the calmness and certainty of being.

I decided to re-release this post from 2010 after being on the Net a few hours today and reading all the doom & gloom.
Posted by Stranger in a Strange Land at 3:35 PM

There is somekind of hope and sense of a brighter future vision in these words. Left me with a calmness.

I have started to use a new expression last weeks for myself when feeling confused or when I can't figure out what to do in life... I just say "God has a plan" and in an instant these words make me feel easier and less worried. It's a very easy medicine for me ;)

Thank you for these words of Truth at a time when so much seems shrouded in darkness. You help us to re-Member.

I absolutly agree with you Magi - and thank you Michael for the reminder.

Rarely have I been so moved by a dream, a vision. Thank you so much for seeing the wholeness and for sharing this life-affirming dream with your readers. It's wonderful to realize that our sacrifices are for the greater good. Thank you, Mike, for reposting this.
Pam

Thanks to you all for your kind words.

Kindest & warmest regards to all,
Mike