Which Way Forward For The Montreal Students on August 15, 2012?

Five months after students in Montreal, Quebec launched a strike against tuition increases, the movement stands at a crossroads. The strike's leaders are seeking to channel mass opposition among students and workers behind the political establishment and upcoming elections, while the government appears set to force the reopening of schools on August 15. 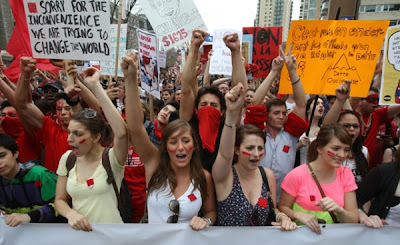 Posted by Stranger in a Strange Land at 9:51 AM