Mobile phone companies know everything about us - who we call, where we go on the web, even where we are located right now - and governments around the world are asking for that info. In the last year, the U.S. government alone made 1.3 million requests.

Just imagine, then, what undemocratic countries like Iran and Syria are demanding from the Western mobile phone companies that operate there. Hostile governments can use the information to track, incriminate, imprison, or harm activists opposing them, and phone companies aren't even so much as telling people when their data is being handed over - let alone who they're giving it to.

That's why this week we're going to London to the Annual Shareholder Meeting of Vodafone, one of the world's largest mobile phone companies, where we'll ask them exactly that, face to face.

Click here to join us by endorsing our question to the Vodafone Board! The more of us that sign the greater the public pressure on the Board and the shareholders who own and direct company policy.

Vodafone has 371 million users in 70 countries. We made headline news last year by calling them out at their Annual Shareholder Meeting, asking them about their role in the Egypt communications shutdown. Out of this, we began engaging with telecoms across the world and delivering them our Telco Action Plan, which challenges mobile phone companies to respect human rights and remedy their violations.

But here we are one year later, and there are still questions about Vodafone's practices. Let's find out what else they're not telling us. If we can get Vodafone to be transparent about government requests for your data, companies like Verizon, AT&T, Orange, and Telefonica will be pressured to follow. 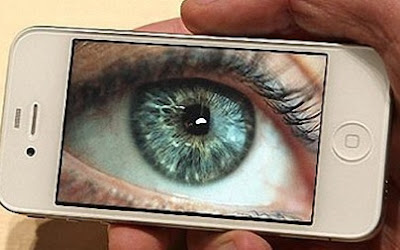 Posted by Stranger in a Strange Land at 9:43 AM