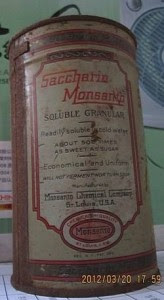 
By Lisa Cerda
Soy, corn, sugar beets, rice, alfalfa, cotton seed oil, canola oil, Hawaiian papaya, zucchini, crookneck squash are now the sources of genetically food. But it gets worse. Corn and soy products are being fed to livestock, the livestock that you eat; chicken, eggs, sheep, pig, cows, goats, turkey, etc. Unless you have removed meat from your diet you are being systematically poisoned and perhaps even sterilized like the livestock that eats GMO corn and soy products.

The rights of farmers to save or exchange seeds have been stolen from them. Something that has been done for centuries, that guaranteed the survival of our species, changed overnight. Like a game of chess, Monsanto has with absolute intent, created a food crisis, offered up its poisonous solution, and has knocked chess piece after chess piece down in a calculated plan.
Just look at the list of players behind the schemes and profiteering. Monsanto, U.S. regulators and judicial bodies have become strange bed fellows:

• Lawyer Michael Taylor, FDA employed, represented Monsanto sometime after, then returned as the FDA’s Deputy Commissioner for Policy right as rBGH was granted approval. He was appointed as a senior adviser to the Food and Drug Administration (United States) Commissioner on food safety in August 2009 by President Barack Obama.

• Dr. Michael A. Friedman, prior deputy commissioner of the FDA, hired as a senior vice president of Monsanto.

• Linda J. Fisher, prior assistant administrator at the US Environmental Protection Agency, became a vice president at Monsanto from 1995-2000. In 2001, Fisher returned as the deputy administrator of the EPA.

If by now you are feeling paranoid, targeted, and overwhelmed by this information, I understand why.
You will move through all the stages of rage in time. Resist the urge to kick the produce man. Don’t hire a plane to spray Roundup on the White House, Senate, or House, I don’t advocate stooping to their levels.
But you may want to go picket in front of Whole Foods after you read their blog explaining why they buckled under the pressure of the USDA and Monsanto. Whole Foods, the very symbol of health conscious living, has betrayed everything they stood for to the consumer. Read Whole Foods Blog here.

Top executives from Whole Foods Market, Stonyfield Farm and Organic Valley have given up on their 12 year battle to protect consumer’s choices.

This decision sets a precedence for how genetically engineered foods will be regulated in the future. You can now expect the spread Monsanto’s mutant genes and seeds across the nation, contaminating other farms, and taking down other farmers by lawsuits.

A Swedish study found that spraying Roundup doubles the risk of getting cancer for farm workers’ and rural residents’. More worrisome is the fact that Genetically Modified Organisms (GMOs) do not require safety testing, nor labeling identifying them as GMOs.

Anti-GMO efforts by organic companies, who demanded labeling and oversight, will begin to accept the so-called “natural” foods that are routinely contaminated with GMO’s. Companies like Wal-Mart, Kroger, Costco, Supervalu, Publix, Target and Safeway shy away from the attacks on GMO’s that they sell to their unwitting customer base.

Consumers must learn the difference between products marketed as “natural,” and those products that are “certified organic.” Just because you’re in a Whole Foods Market, does not mean your expensive food is safe. They are misleading you by masquerading natural as organic.

To read the entire article and for related articles, please click on either of the two links provided below:

Food Freedom News via City Watch,  July 7, 2012
Monsanto’s history is one steeped with controversial products, deadly consequences, massive cover ups, political slight of hand, and culminates as a modern day plague on humanity, a plague that is about to peak to biblical proportions.
Created in 1901, the company started producing its first form of poison, the artificial sweetener saccharin. The rise in use of saccharin really began 70 years later. Monsanto had plenty of time for a realistic and long term study on the impact of saccharin on human health. Instead, Monsanto learned how to finagle political support and grow its empire despite the growing consensus that saccharin caused cancer.

No surprise then that the company continued on a path of controversy. Here’s a bullet point history.

• Contributed to the research on uranium, for the Manhattan Project, during WWII.
• Operated a nuclear facility for the U.S. government until the late 1980s.
• Top manufacturer of synthetic fibers, plastics and polystyrene (EPA’s 5th ranked chemical production that generates the most hazardous waste).
• A top 10 US chemical company.
• Agriculture pesticides producer.
• Herbicide producer – herbicides 2,4,5-T, Agent Orange, Lasso, and DDT.
• Agent Orange (used in Vietnam), had the highest levels of dioxin and contaminated more than 3 million civilians and servicemen of which only partial compensation awarded.
• Nearly 500,000 Vietnamese children were born deformed and never compensated.
• Lasso was banned in USA, so weed killer “Roundup” is launched in 1976.
• A major producer of both dioxins and polychlorinated biphenyls (PCBs), which generated many law suits and environmental cleanups
• $180 million settlement for Vietnam War veterans exposed to Agent Orange
• Fined $1.2 million for concealing the discharge of contaminated waste water
• Ordered to pay $41.1 million due to hazardous waste dumping
• Paid $600 million in settlement claims to more than 20,000 Anniston residents in Abernathy v. United States Link here.• Produced GM cattle drug, bovine growth hormone (called rBGH or rBST)
• Acquiring seed companies from the 1990’s and forward.
• Monsanto filed 144 lawsuits against struggling farmers and settled out of court with 700 farmers, for reportedly violating seed patents. A full time staff of 75 Monsanto employees investigates patent infringement. They are dedicated solely to finding farms that have been contaminated by their unwanted seed. As of 2007, Monsanto was awarded in 57 recorded judgments against farmers a total of $21,583,431.99. Monsanto vs. Farmers.

The Washington Post reported, “For nearly 40 years, while producing the now-banned industrial coolants known as PCBs at a local factory, Monsanto Co. routinely discharged toxic waste into a west Anniston creek and dumped millions of pounds of PCBs into oozing open-pit landfills. And thousands of pages of Monsanto documents — many emblazoned with warnings such as ‘CONFIDENTIAL: Read and Destroy’ show that for decades, the corporate giant concealed what it did and what it knew.”

PCB’s are considered an absolute threat to our world. Environmentalists rightfully want a pound of Monsanto’s flesh! In 1969, Monsanto knew the impact of their products and put together an abatement plan for the entire United States, Canada and sections of Europe, especially the UK and Sweden. It’s disingenuous to suggest it could be done, for any amount of money. In the town of Anniston, Alabama, where the Monsanto plant was located, residents had PCB levels hundreds and sometimes thousands of times higher than the average person. They were dying or ill.

Monsanto decided to look at other products they could produce because their economic reliance on one profitable product was precarious at best. They split the company and Monsanto spawned Solutia, so that the massive lawsuits would not take down the entire company. Found guilty of conduct “so outrageous in character and extreme in degree as to go beyond all possible bounds of decency so as to be regarded as atrocious and utterly intolerable in civilized society.” The court decisions were destroying profitability.
Monsanto was just getting started with its assault on our ecosystem. Roundup was being marketed in 115 countries. Meanwhile Solutia was going down by means of Chapter 11 bankruptcy and lawsuits.

With the popularity of Roundup, the company became increasingly concerned about the patents expiration in 2000. They sold off the plastics division in 1996 and their phenylalanine facilities in 1999. Here again, Monsanto was trying to avoid financial liability for its hazardous waste producing past.
Monsanto merged with Pharmacia, and became legally a different corporation, despite sharing the same name, the same corporate headquarters, the same executives and employees, not to mention most of the liabilities from its former activities.

The new focus was genetic engineering and particularly creating genes that are resistant to glyphosate, the active ingredient in Roundup. Can you imagine farming without weeds? Farmers were intrigued and some delighted. Growing food and spraying poison at the same time did nothing to boost the confidence of consumers. False claims that it was biodegradable lead to its frequent use. Health complaints came from neighbors of farmers and farmers themselves. Soon the biodegradable claim on the packaging was removed.

Heading in a new direction, Monsanto was buying up seed companies left and right. They became the world’s largest seed company, acquiring a quarter of the global proprietary seed market. By coupling their sale of Roundup with their gene modified seeds, they began dominating the agriculture market. By 2007, almost 90% of the world used GM seeds carrying at least one genetic trait for herbicide tolerance. Now Monsanto was a dominating the food chain, the farmers, and its assault on mankind.

Where there is market control, there is price gouging. In 2006 Roundup cost $32 per gallon, and by 2008 it was up to $75 per gallon. Not satisfied with this dominance of the world food chain, Monsanto began patenting their glyphosate resistant seeds. They hiked up the price of corn seeds by 35% and soy by 50%, leaving farmers financially plundered. Farmer suicide went from a trickle to a torrential rain. Averaging about one farmer suicide every 30 minutes.

Food Freedom News
Or:
City Watch
Posted by Stranger in a Strange Land at 12:19 PM