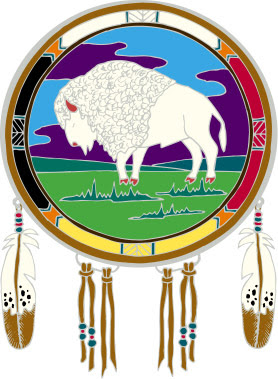 I have been told that you possess great Medicine for healing, Night Bear signed.
The old man clapped his hands together and laughed.   Do you and your brothers here wished to learn one of my Medicines.  It is probably my greatest.
“Yes, yes, yes”, each man there said aloud in his own tongue and also signed.
Then, here it is, Shining Arrow began.  We will talk about the People, for example, who number one hundred.  My greatest Medicine is one of the mind and the body and heart.
If you have one hundred people who lived together and if each one cares for the rest, there is one mind.  The power of this one single mind is a great one and is a means of keeping sickness from among them. If there is but one or two among them who hate, there is little threat to any of the hundred.  But if ten of that hundred do not care for the rest of their brothers and sisters, then there is a threat.
The threat is one of sickness.  I know what you are thinking; that you have heard of those who are able to make others sick, but this is not what I mean.  Nor do I believe this is possible.  I do not say that there has never been one who had the power to direct his hate, causing illness to another.  This may sometimes have happened, but I think the possibility of it is remote.


The truth of the matter is this.  The hate these ten people have among the hundred will strike out and cause sickness.  We are each a living Spinning Medicine Wheel and each of us possess this power to destroy or to create.  When ten of the hundred do not care, it makes our shield that much less capable of stopping sickness.  This sickness strikes out at random and can hurt anyone.
I am sure you have seen a little child or a person who is gentle stricken with sickness and sometimes crippled by it.  This happens more because of the people not caring than because of the haters.  If twenty of the hundred instead of ten do not care for the rest of their brothers and sisters, there is twice the chance of the sickness affecting someone.
Maheo!  Two Bulls Touching signed.  You mean that not caring about our brothers is one of the causes of sickness?
Exactly!  answered, the old man.  Not caring for one another has always caused sickness among the people.  It is one of the means of the Medicine to teach man to care for his brothers.  Caring is the only way to end sickness completely.  Of course, it does not really make all sickness disappear.  No!  There are things in all men that may cause sickness.  And they are endless in their naming.  Even if all the hundred care, there are still the accidents of the great prairie.  But these are not the same as sickness.
You used the example of a hundred, Pretty Weasel signed.  Is the Power greater if there are more people?
If there are ten, a hundred, a thousand, or just one, it is the same, White Clay signed.  It is not the numbers, it is the completeness.  I am an old man and I have seen clearly what happens when a people are not one.  Before the white man began to destroy the unity of the camps, there was very little sickness.  I had never seen a child born bad or dead.  I never knew a man who was crippled by disease.  Crippled men, yes!  But they were crippled by carelessness upon the great prairie.  The other is a carelessness much more deadly. It is the torn lodge, open to endless diseases.  There are many diseases as there are grasses upon the prairie because there are many things in man.
Do you mean to tell me that if the People of the world cared, there would not be a single person ill?  Night Bear signed.
No, signed the old man.  I do not.  There will always be minor illnesses, because illness exists.  But it would be so very weak a sickness by comparison that one would hardly notice.
What if two camps of the People were to live close to each other, signed Pretty Weasel and on one of the camps there were those who were uncaring and in the other camp all of them cared.  Would one still affect the other or does distance keep this from happening?
Remember what I said to you?  White Clay signed.  Sickness exists in random places.  Sickness has no mind and it cannot seek out victims.  One camp, ten camps or a hundred camps can never stand alone.  Each camp affects every other camp no matter what the distance between them.  It is like the teaching I have heard concerning the singing stone.  Both the stone of Harmony and the Stone of Uncaring can be drums that set the rings of water into motion within the dance of the Medicine Lake. One ring touches the next until all is within the dance of the Medicine Lake.  And it is the last leaf, the tinniest leaf that tis set into movement at the edge of the lake.  This leaf could be the leaf that will affect everyone.  If the People care for one another, then the rings of the dance are harmonious.
Then, the answer is the same, signed Night Bear.  A People must care for their brothers and sisters to keep this from happening.
Exactly!  The old man answered.  This teaching is the greatest of all Medicines.

Link to some information about the author:

Posted by Stranger in a Strange Land at 9:58 AM

So much wisdom from those we Americans ran over, relocated, made sick and killed. It is an inspiration! Thanks, Mike

This is beautiful! Ancient wisdom for modern people. Thank you.

A really good article. If only one would understand this, it could have an effect on another. This is a good message