Hopi Message 2012 - World Waters at Risk - Now, Together We Are All Hopi

For the first time in history the Traditional Hopi Elders from the Village to Shungopavi (the Mother Village) are stepping forward to speak to the public. They have a warning for the world. They say they have been told this time would come when the water would be taken from them. If this happens it will have an effect on the whole world as they are the microcosm of the world, of the universe.

Now is the time that the True Hopi have been waiting for. It is in this lifetime they see the unfolding of Prophecies of their Ancestors and have been given instructions to not allow these things to happen. This is why they are speaking to us, to warn us, that if the water is taken from Hopi it will have a devastating effect on the planet.

Join with the True Traditional Hopi in stopping the further destruction of the waters around the world.

Support stopping SB2109 and support the fresh waters in your area and together with a world community we can and we will save the future waterways for generations to come.

KYKOTSMOVI, Ariz. – Despite Hopi Tribal Chairman LeRoy Shingoitewa’s claim that “no deal has been made” to settle the tribe’s claims to the Little Colorado River, U.S. Sen. Jon Kyl, R-Ariz., stated in a Feb. 17 letter that Senate Bill 2109 was introduced “based on verbal assurances that the parties’ representatives had reached a conceptual agreement.”

In his letter to Sandy Fabritz-Whitney, director of Arizona Department of Water Resources, Kyl said he was aware of some minor outstanding issues that will be resolved shortly and said he expected the parties’ representatives to send him and co-sponsor Sen. John McCain, R-Ariz., a letter when they reach full agreement.

Although there are 33 parties to the settlement, “Formal approval by the negotiating parties, specifically the Navajo Nation and the Hopi Tribe, is a critical step in advancing this measure through the legislative process,” Kyl said.

While Shingoitewa and the Hopi water team held a closed meeting on the negotiations last Wednesday at the Veterans Memorial Center for Hopi-Tewa tribal members only, former Hopi Chairman Ben Nuvamsa and former Chief Judge Gary LaRance educated the public at an open meeting held simultaneously at the Community Center in Kykotsmovi.

“We have a lot at stake,” Nuvamsa, a member of the Bear Clan from Shungopavi Village, said while showing a slide of an unidentified sacred spring that had dried up. “That is sad. It made me cry because that particular ceremony depended on that spring being full, and it was not.” Without water from the spring, the ceremony could not be held, he said.

“It’s all part of the problems we’re facing with Peabody’s over-pumping. We have ceremonies where we go out and we pay homage to our springs and shrines, and we use that water for medicine, our prayers. That’s why those things are really important,” he said.

In exchange for waiving “past, present and future claims for injury to water rights and injury to water quality arising from time immemorial and, thereafter, forever …” up to $133 million would be allocated for one Hopi groundwater project.

Under the proposed Navajo-Hopi Little Colorado River Water Rights Settlement Act of 2012, the Hopi Tribe would waive its aboriginal water rights derived from time immemorial; water rights granted the villages from Spain and Mexico in the 1848 Treaty of Guadalupe Hidalgo; and federal reserved water rights under the 1908 “Winters doctrine.”

“This bill gives the non-Indians substantial or significant benefits. It gives Navajo Generating Station a water right – 34,000 acre feet,” Nuvamsa said. “How do you gain a water right? You’ve got to own land, and along with that comes a water right. They’re sitting on the Navajo Reservation. They cannot own property, but this law gives them that water right.”

Kykotsmovi Village Gov. Melvin George, told the audience, “The water rights that we’re talking about today, it’s for the younger generation that are just still small. They’re going to be impacted tremendously. … And what are the younger generation going to say? ‘Our people sold us out, just like back in the ’60s when Peabody Coal was negotiated.’ This is what we’re trying to avoid right now.”
LaRance, a member of the Sun Clan from Upper Moenkopi Village, said that when the Hopi Reservation was created in 1882, the government also set aside sufficient water to sustain the Hopi people, not only now but in the future.

Exactly how much water Hopi has a right to is unknown. “We have to go to trial in the LCR case to prove how much water we’re entitled to. We haven’t done that,” LaRance said. The case is still pending in Apache County.

Even if the Hopi Tribal Council approved the proposed water rights settlement, that agreement could be open to challenge because not all of the villages are represented on Council.

“Water is not even mentioned anywhere in the Constitution. When it is not mentioned in the Constitution, it is considered a reserved right,” LaRance said. A landmark decision issued in February 2010 by the Hopi Appellate Court affirmed the aboriginal sovereignty of the villages.

Kyl has worked with a number of tribes during his career to settle water rights claims, and tribal leaders are banking on him getting approval for the settlement before he retires in January.

“Just because somebody’s leaving the Senate, we don’t do away with our aboriginal rights,” Former Chairman Ivan Sidney said. “These are things that were taught us, and it really offends me when the senator said that the Hopi have no resources to use this water. Who do they think we are?”

Nuvamsa said the tribes never lose their federal reserved water rights unless they take official action to waive them. “It’s important to quantify water rights,” he said, “but the terms and conditions of this particular agreement are not good. … Let’s go back and come up with something that we can agree to.”

The former leaders want the Hopi Tribal Council to hold a special meeting on S.B. 2109 to hear from the Hopi-Tewa people and place an immediate moratorium on further negotiation of the bill. If not, the Hopi-Tewa Senom could file an injunction to enjoin Council from further negotiations and agreements on the bill and also take legal action to have the tribal courts enforce the villages’ aboriginal, ancestral and reserved water rights.

Representatives from the Hopi villages, traditional leaders, allottees, and tribal members provided overwhelming objection to, and rejecting Senate Bill 2109 through written and oral testimony in a packed Hotevilla Elderly Center. Senate Bill 2109 favors non-Indian parties including owners of the Navajo Generating Station and the Peabody Coal Company; requires waiver of Hopi aboriginal and federal reserved water rights to the Little Colorado River; and waives any future claims for damages done to the Navajo Aquifer and sacred springs by Peabody Coal Company and owners of the Navajo Generating Station.
After hearing the people’s testimony, the Hopi Tribal Council passed Resolution No. H-072-2012 rejecting Arizona Senator Jon Kyl’s Senate Bill 2109. But, Shingoitewa has refused to sign this resolution forcing the former elected tribal leaders to file a formal complaint to the Hopi Tribal Council and demanding Shingoitewa’s immediate removal.

Leroy Shingoitewa and George Mase have been providing false and misleading information that the Hopi Tribe approved and endorsed the Kyl bill. They are doing this so they can continue the Little Colorado River water rights negotiations. Any negotiations by Hopi tribal officials would be in direct violation of Resolution H-072-2012 and would be grounds for Serious Neglect of Duty charges under the Hopi Tribe’s constitution.
Shingoitewa convened an illegal tribal council meeting on June 21, 2012, to force passage of a council resolution to “endorse” Senate Bill 2109. This he did out of total disrespect for the Hopi and Tewa people’s rejection of the Senate bill. Upon hearing of this action, many tribal members are angered and are demanding immediate removal of Hopi Chairman Shingoitewa and George Mase. 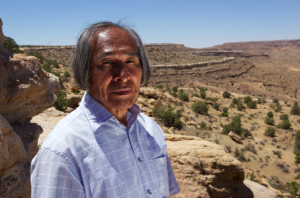 Posted by Stranger in a Strange Land at 9:01 AM

I very much support this but in watching and listening to what he was saying about 'Water' he never actually spelled out what the problem was with Bill 2109 - at least not that I could hear. I do understand what it is because I myself never drink tap water because of the chlorine in it - I go to the creeks for my drinking water and have done for years. I realise not everyone has that option. Also, some 15 years ago I was able to launch a protest up here to at least have flouride taken out of our water - and won - much to the anger and frustration of the local dentists who said that now we would see children with more cavities. That never happened!