Healed by Wheatgrass: 74 Year Old Man With Cancer Told He Would Be 'Dead in a matter of weeks' Proves Doctors Wrong by Jonathan Benson 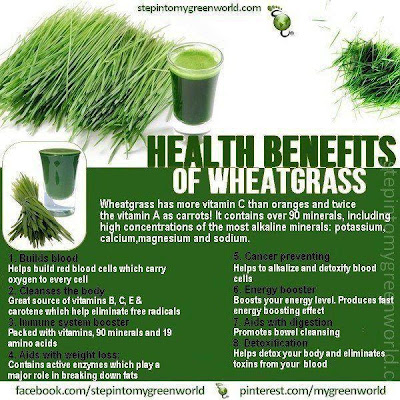 Healed by wheatgrass: 74-year-old man with cancer told he would be 'dead in a matter of weeks' proves doctors wrong


(NaturalNews) When conventional doctors told 74-year-old Danny McDonald of Dunaff, Ireland, that he had stomach cancer so severe that it would likely kill him within three months, he decided to ignore their advice to undergo toxic chemotherapy treatments and instead embrace a nutritional approach to healing. Four years later and Danny is doing great, thanks to daily protocol he adopted that involves juicing and drinking wheatgrass, a nutrient-dense "superfood" with a variety of amazing health benefits.

According to Sunday World, Danny became aware of his condition when an ulcer suddenly burst inside his abdomen one day. After being rushed to a hospital from the farmhouse where he lives, doctors struggled to contain the bleeding, only to discover that Danny actually had a severe form of stomach cancer that had spread throughout his body. They warned him that the only way to get rid of it, in their opinion, was to undergo conventional chemotherapy treatment.

Unlike most people, Danny decided to think for himself by researching other methods of treatment. He later notified his doctors, to their chagrin, that he would be opting for his own homemade treatments involving wheatgrass rather than the poison. Not surprisingly, they were quite angry with his decision, insisting that he would be "dead in a matter of weeks" if he refused to comply with their advice. But Danny stood his ground and chose the wheatgrass instead.

"I told the doctors I wasn't prepared to undergo the course of treatments they had suggested," Danny is quoted as saying by Sunday World. "I knew it would kill me. They were furious I had come to that conclusion. The consultant warned me I'd be dead in three months."

Defying the advice of conventional doctors could save your life

Far from being a rushed or uninformed decision, Danny's choice to use wheatgrass as treatment for his cancer was based on numerous accounts he had heard from a friend about the amazing healing capacity of wheatgrass. Over time, Danny became increasingly more convinced that wheatgrass is capable of healing all sorts of health conditions, including cancer. So he decided to put his 60 years' worth of farming experience to task by growing his own wheatgrass.

"I didn't know what to expect, but I was determined to give it a go," recalls Danny. "Within seven days the burning sensation I had in my side was gone and I was beginning to feel a lot better. I stopped taking the tablets which had been prescribed and I haven't taken one since. A month later the pain had completely disappeared and I knew I was on the mend. The wheatgrass was working. I had made the right decision to reject the advice of the doctors."

Not only was Danny able to discontinue use of the synthetic medications he had been prescribed, but he also gained back all the weight he had lost as a result of using them for his illness. Starting with just one ounce of wheatgrass juice a day and working his way up to seven ounces of wheatgrass a day, Danny effectively cured his cancer and is now a living testament to the life regenerating power of wheatgrass.

"I know a lot of doctors think wheatgrass doesn't have the qualities to kill cancer, but I am living proof that it does," he adds. "And although many doctors won't admit it publicly, gradually they are coming around to see the benefits of wheatgrass. People ask me how I did it and I just say one word, 'wheatgrass.'"

The following video explains more about how to juice wheatgrass for your own health:
http://youtube.com

Sources for this article include:

Posted by Stranger in a Strange Land at 4:39 PM

I am so happy that alternative treatments to cancer like this have healed this old man. Keep sharing!