This could be you. Watch as London resident with heart condition is violently assaulted by a gang of private 'Community Police Officers', and then evicted, a brutal act planned and carried out by the TMO - a local PPP/PPI private administrative corporation disguised as a government agency in Kensington and Chelsea, London.

This short documentary film by Patrick Henningsen was aired previously by the UK Column (14 min version), and has been re-edited to 22min version with extended analysis. It lays bare the illegal and criminal methods being employed by the New Corporate State, whose PPI and PPP agencies continue to masquerading as actual government agencies and offer no remedy to citizens who question there operating procedures. This film offers a rare and timely insight into Great Britain's merciless new corporate state in 2012.

This could be anyone... local communities need to step up all call out such practices. 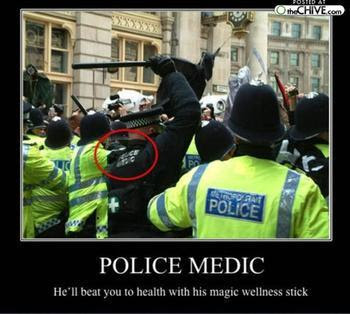 Posted by Stranger in a Strange Land at 10:37 AM