“They told me that I could have pain in my arm for a week and that I had to wait 15 minutes before leaving the Cancer League, because some girls fainted and the next week was going to be uncomfortable, but that it was normal because of the vaccine… I received the second dose and the second dose hurt a little more … the next few months I began to experience fatigue and back pain, but I thought it was because of my Daily activities … I had pain in the lower back and neck … I received the third dose on 20 January of this year and the pain was much greater than in the previous two doses … I began to experience several things … immediately after being vaccinated I began to experience dizziness, I wanted to throw up, obviously my arm really hurt … they warned me about the dizziness, and the urge to vomit and the arm pain and that the next day my arm was also going to hurt, but the following week I had fever, vomiting, diarrhea, extremely strong migraines that lasted 15 days with vomiting, and diarrhea…, I went to the doctor and was told that that there was a virus going around… one night I sat on the couch in my house and then I lay down; I started feeling really bad, very feverish, until I realized that I could not get up from the couch “…

María Paula’s symptoms seem to get worse with each passing day. For the moment, the only hope she has of improving is going to the U.S. to receive treatment.
In Colombia there is no protocol to treat these cases. The government says they do not exist.
And what is the role of Merck, the manufacturer of the vaccine?
According to Lloyd Phillips, company profits are what motivates the existence of this vaccine and its advertising campaigns, due to lawsuits against Merck as a result of VIOXX, a drug that caused 27,000 heart attacks. A single dose of Gardasil may cost about 68 cents to produce (about $ 1360 pesos), and in Colombia obtaining it privately costs the equivalent of $60 (roughly $120 thousand pesos) and in the USA up to $ 200 (about 400 thousand pesos).
The Colombian government has spent $300 million on a questionable vaccine that is already starting to claim apparent victims in Colombia. Following Lloyd Phillips’ statistics, of the $300 million paid by Colombia, $ 298.98 million (nearly $299 million) was profit for Merck.
Colombia is purchasing the HPV vaccine at a hugely inflated price. This vaccine can not only ruin lives, but can cost thousands of dollars to bring a single victim back to health. Families may have to spend thousands of dollars trying to restore their daughters’ health, without having prevented any cancer as promised, and instead causing a number of illnesses that did not exist before using this ‘miracle’ vaccine.
We are then faced with a health emergency induced by a vaccine that has never been proven to prevent any cancer and that is ravaging the children and youth around the world, against which there have been million-dollar awards for HPV vaccine injury in the U.S. (The U.S. government has already paid more than six million dollars to victims) and the vaccine has been rejected in several countries, for example in India and Japan.
But in Colombia, Gardasil will continue to claim more casualties unless an immediate halt to its “free and compulsory” status is granted.
The Colombian government is exposing itself to millions of dollars in lawsuits for its actions in making this vaccine mandatory to Colombian girls and women without informing them of the grave risks already known worldwide.
Does the government of Colombia intend to ignore medical consumers’ right to informed consent, despite knowing the consequences? 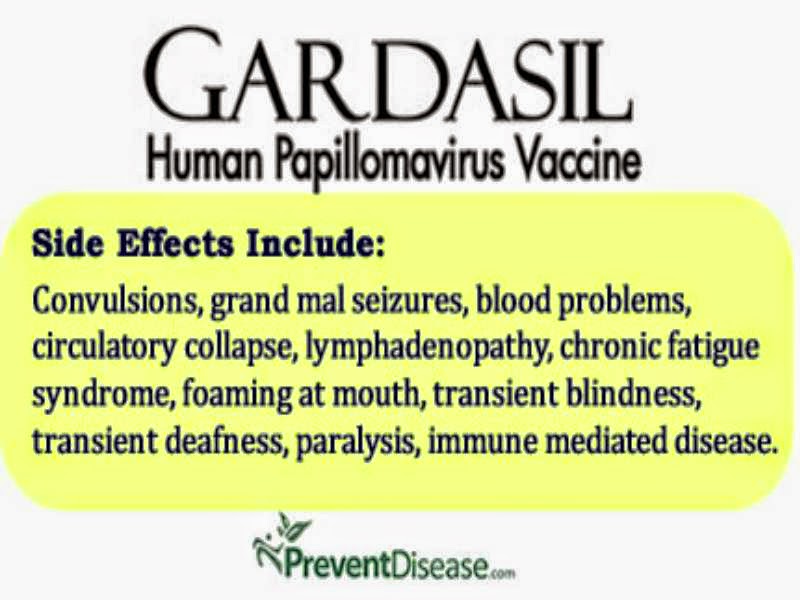 Posted by Stranger in a Strange Land at 10:16 AM