The Healing Power Of Passionflower by Susan Patterson 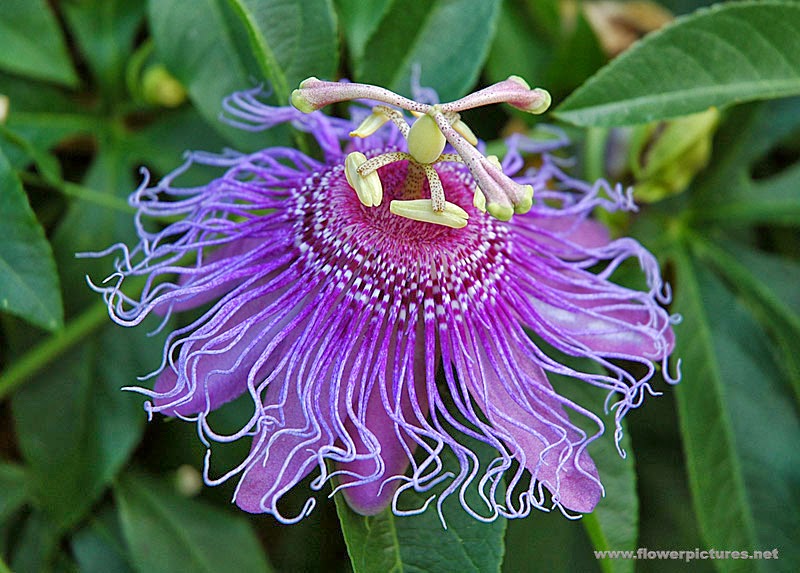 The Healing Power Of Passionflower


Gardeners in warmer regions of the world have always enjoyed the beautiful flowers and exotic fruits of the passionflower vine. Those who could not grow it outdoors often reserved some space in their greenhouses for this tropical trailer. Now the medicinal value of passionflowers is getting more attention, and that’s an additional reason to include it in every garden.

There are several varieties of passionflower in cultivation; some for their flowers of unmatched beauty, and others for the edible fruit. Though the commercially available passionfruit is produced by Passiflora edulis, also known as purple granadilla, the one used for medicinal purposes goes by the name Passiflora incarnata. The smaller-sized fruits of Passiflora incarnata are also edible. However, to prepare the potent concoctions, all aerial parts except the fruit are used.

The medicinal uses of passionflower may have received much attention lately, but by no means were they discovered recently. The native people of North America and Mexico have used it in their traditional medicine from time immemorial as a sedative and to treat stomach problems. It is interesting to note that the native name for passionfruit is shared by both the Ocoee River and valley.

One plant, many uses

According to Dhawan, who published his study on passionflower in the Journal of Medicinal Food (2001), Germans used it to treat “insomnia of infants and epilepsy of the aged” in the 18th century. He also reports it being used for different purposes in different countries. In Turkey it was used in the treatment of epilepsy, but in Iraq it had its uses as a narcotic. Brazilians used it against worms and asthma. But the most common use of the passionflower extract across cultures has been to treat insomnia and anxiety. Its sedative property also has been widely exploited.

In the United States, passionflower extract is currently used as a sedative and to relieve anxiety. In Germany, besides its use as a sedative, a homeopathic formulation derived from the plant is popular as a pain remedy too. ADHD, hysteria, irregular heartbeat, palpitations, gastrointestinal problems, menstrual problems and fibromyalgia are some of the other mental and physical conditions that get relief through the use of passionflower extract.

Topical application has been found to be effective in relieving pain and inflammation, soothing hemorrhoids, and treating burns.

What scientific studies say
Limited studies have been conducted to determine the effect of passionflower extract on anxiety. A double-blind trial was conducted in 2001 by Akhondzadeh & Naghavi to compare the effects of benzodiazepine and passionflower extract. It showed a daily dose of 45 drops to be having the same effect as 30 mg of benzodiazepine.

Opium-addict patients undergoing anti-addiction treatment with clonidine reported significant reduction in anxiety levels and withdrawal symptoms when passionflower extract was administered alongside. Another study by Movafegh in 2008 showed a similar reduction in pre-operative anxiety when the extract was given 1 ½ hours prior to surgery.

Prior to1978, passionflower extract was available over-the-counter as an approved medication to treat anxiety and insomnia. Stricter drug laws, and the lack of sufficient research data to prove the safety and efficacy of the medicine as well as its interactions with other medicines, have caused it to be called off. But it is still available as a herbal medicine, in capsule and tablet form. Tinctures and essential oil are also available. Dried plant parts in powder form can be purchased for making teas, too.

There is no restriction on cultivating the passionflower vine and brewing herbal teas with its leaves and flowers. Traditionally, a brew is made with a handful of flowers and leaves by boiling them for 15 minutes in 4 cups of water. Drink a cup at bedtime for a relaxing sleep.

How did it get its name? Catholic missionaries found a representation of Christ’s passion in the unusual structure of this flower that grew wild in South America. According to a drawing included in the works of the 17th century Roman scholar Jacomo Bosio, the sepals and petals of this “passionflower” represent 10 of the 12 disciples, excluding Judas and Peter. The crown of thorns is depicted by the corona, while the five stamens stand for the five wounds, and the three headed stigma for the three nails that held Him to the cross. Even the leaves and tendrils have their place in the symbolism as the spear and the scourges.

Precautions against using too much

As the saying goes, “Too much of a good thing can be a bad thing.” It applies to passionflower extract, too. Use in moderation; limit the use to 2-4 cups of herbal tea a day to relieve anxiety and to get good sleep.

An alkaloid called harmaline is the active ingredient in passionflower that induces sedation. It may have a cumulative effect when combined with other sedative medications, including herbal formulations having a similar function such as valerian, catnip, St. John’s wort, etc.

Pregnant and lactating mothers should avoid passionflower extracts and teas. The potent bio-active compounds can cause uterine contractions.

Off The Grid News
Posted by Stranger in a Strange Land at 10:04 AM