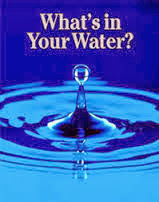 
You might be ingesting something poisonous each time you drink a glass of tap water — small amounts of prescription drugs. Researchers have found that half the water discharged from large water treatment plants in the United States is contaminated with prescription and over-the-counter drugs, according to a new EPA study.

The scariest part? The level of drugs in the water supply is much higher than previously thought, and scientists don’t how these trace amounts of drugs affect human health, The New Republic reported.

Specifically, more than half the samples of wastewater from major cities tested by the EPA tested positive for at least 25 drugs.

“We were surprised to find that many drugs occurring across all the wastewater plants,” EPA research biologist Mitchell Kostich told The New Republic. “We were also surprised to see so many drugs of a particular class – the high blood pressure medications — appear at those levels across the board.”

The EPA study will be published in the journal Environmental Pollution. It examined samples from 50 large-size wastewater treatment plants nationwide, testing for 56 drugs.

How do the drugs get in the water? Simple: through the waste of a person who has taken the drugs.
Also, people sometimes dispose of drugs in the toilet.

Even though some health officials claim these drugs pose no threat to human beings, some researchers are not convinced. For instance, estrogen, a hormone used in birth control pills, has been shown to cause male fish to develop eggs.

“Who would have thought that those trace amounts would be having that impact on fish?” FDA researcher Raanan Bloom said. “We didn’t expect that to happen at those concentrations.”

No studies on the effects of traces of drugs in the water on human beings and animals have been made. So far the only research has been to measure the level of the drugs.

“We don’t know,” Sarah Janssen, a scientist who works with the National Resources Defense Council, told WebMd. “It’s true that the levels [of the medications found in drinking water] are very low. But especially when it comes to pharmaceuticals that are synthetic hormones, there is concern, because hormones work at very low concentrations in the human body.”

“We don’t want people to be alarmed and think they can’t drink their tap water or that they shouldn’t be drinking water,” Janssen said. “We think this report in particular is a call for our federal agencies — EPA in particular — to do further studies to see what the health effects are.”
Janssen thinks that the effects of traces of pharmaceuticals on children, especially babies and toddlers, could be greater because their bodies are still developing.

Nick Schroeck, executive director of the Great Lakes Environmental Law Center in Detroit, also said there are too many unknowns.

“All of these drugs out there on the market are going to be discharged into the environment and we don’t know what the effects are, because there’s no requirement to do an assessment on the front end,” he told The New Republic. “We’re not trying to scare anyone, but we need to know what these chemical compounds will do to the environment and what are the long-term effects for humans. No one seems to know.”

The extent of pharmaceutical contamination of the water is also unknown despite recent surveys. An investigation by the Associated Press found that many communities don’t test water for drugs and those that do often refuse to report the findings to the public.
In a separate study earlier this year, the AP also discovered that drugs have been detected in many communities’ water supplies. The contamination uncovered by the AP’s investigative team included:
It’s obvious that more research into this potential danger from pharmaceuticals is needed. Efforts to limit the amount of drugs Americans take are also needed.

How Drugs Pollute Our Drinking Water

Off The Grid News

Posted by Stranger in a Strange Land at 3:24 PM