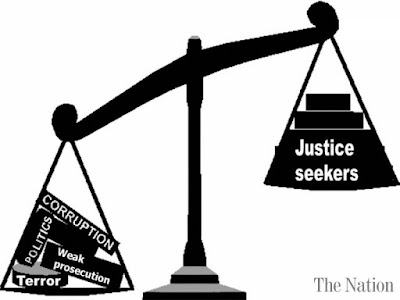 I have been pondering on the fate of Mr. Julian Assange the last few days and thought I would share my opinions based on my experiences dealing with Swedish Agencies and with the Swedish Judicial System.  I will also mention what I will term hearsay from reliable sources.  Oh yes, since I am in Sweden I will withhold names to protect the guilty.  As in Julian's case it is oftener than not than the innocent are treated in an inhumane and unjust manner due to phobias and politics.

First, I will mention my own experience with a Swedish Court.  After years of straightening out the mistakes of the State run Unemployment Insurance Authority, I had had enough.  It was almost a weekly activity to contact them to straigthen out errors in figures,dates, late payments, and wrongful information.  Because of their carelessness and incompetence, I had not received almost a week in unemployment benefits.  I decided to take them to court, so asked the State Agency that oversees this system where to file a claim and was told to contact a certain court.  Before I was able to take action, I got a letter from the court saying my case has been brought up.  I thought this strange, since I never contacted them.  I did and was told the Unemployment Insurance Agency sent my case to court for me.  I asked if this is normal legal procedure that a defendent can file for the plaintiff.  I said there is something very wrong here. The judge I talked to said that I was right, but this is how they usually proceed.  She said that I could file on my own, but it was better to continue as was.  I agreed  agains't my better judgement as I  smelled a rat....a big rat.

Anyhow, after 8 or 9 months, I received a judgement saying that a State Agency is not responsible for giving out false or wrong information and that all responsiblity falls on my shoulders.  That's a good one.  How can I be responsible when I do not have access to the information in their computer system?  Besides this, they sent my case to the wrong court, it should have been brought up in another Swedish Court.  Later, I found out that this is a common practice and has happened to many.  Also, if I appeal the case and lose I am responsible for all court costs.  As I said to my wife, "you Swedes must be stupid to believe that when the State regulates the State there will be any justice."  It's a fixed system.  I would call it corrupt, but what do I know not being a legal expert.

Now, from the hearsay department.  Someone I know was in a case in which an employee of the highest court was defending his brother on taxpayers time and money.  I heard he was threatening lawyers and witnessess.  It was alleged that the brother had done physical voilence to a child and the police and DA beleived they had a strong case and took it to court.  This family is politically connected and also wealthy.  The brother lawyer sounds like a little Hitler and not a very competent lawyer either from the Court records I read or from the stories I heard of Court proceedings.  His boss was contacted along with the Justice Minister and they knew of this practice that State employees could work in such cases and they saw nothing wrong with this practice.  Ever hear of Conflict of Interest?  I guess this concept doesn't apply in Swedish Society.

My next point is that all jury members in Sweden are either members of Political Parties or appointed by Political Party members.  Need I say more.  Are the foxes judging the foxes?  Under this system, I would not wish to be a chicken.  Who in their right mind would for a minute believe than Politicians would be fair and inpartial.  By their very natures they are corruptable.

Now, for my last point.  There was a case in the Swedish Court in which a 17 year old boy raped a 12 year old girl.  The girl agreed to sex, but he decided to have anal sex which she objected to.  The boy decided he would not take no for an answer.  The Court decided that the 12 year old girl did not put up enough resistence so the boy was acquited.  There's a fair contest.  A 16 year old boy against a 12 year old girl.
Mr. Assange only broke his condom and this woman who brought charges against him, only slept with him another 3 more days after the alleged rape and by the way, is a member of the Social Democractic Party in Sweden.  I wonder how many members of the jury will be Social Democrat friends?  I will not insult your intelligence and say more.

Oh, I forgot to mention that Sweden has the most reported rapes in Europe (which is proably the tip of the iceberg) and the second highest amount of rapes in the world.  I have talked to more than one young female who has been raped or had friends raped who said that they would never go to the police if they were raped, because they don't take them seriously.  Often, they are met with comments like.  "Look how you dress or did you encourge him".  It's a man's world in this Land.  Don't believe this feminist BS from Sweden.  Woman here are treated like second class citizens and the one's that are brought to our attention as leaders are mostly in the Political Realm or politically connected or from the wealthy inbred gang.

Now, that is my view.  Believe it or not.  This little essay is just the result of my thoughts concerning this Kangaroo Court (An Aussie should understand this term), Hanging Court, Railroading of an Innocent Man to protect a Political Agenda that sees to it's own rather than to the needs of it's citizens.  Their need for justice and transparency of information.
Posted by Stranger in a Strange Land at 3:30 PM