Pebbles From A Lonely Beach - A Vaccine Injury Story 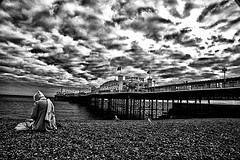 Pebbles from a lonely beach

Thanks for the great post. It is very useful and informative.
Anxiety Attacks