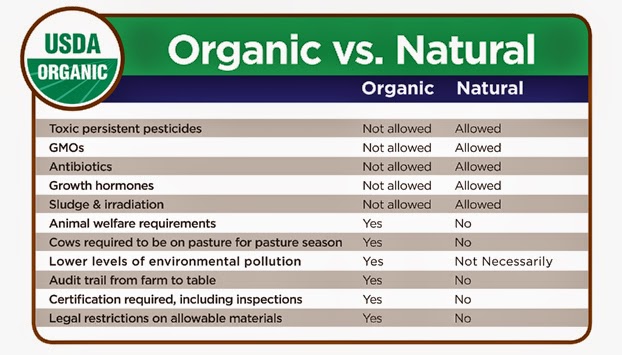 by Colin Todhunter
Consumer demand for organic foods is partially driven by perceptions that they are more nutritious. Now a peer-reviewed study just published in the British Journal of Nutrition [1], a leading international journal of nutritional science, has shown that organic crops and crop-based foods are between 18 to 69 percent higher in a number of key antioxidants such as polyphenolics than conventionally-grown crops.
Numerous studies have linked antioxidants to a reduced risk of chronic diseases, including cardiovascular and neurodegenerative diseases and certain cancers. The research team concluded that a switch to eating organic fruit, vegetable and cereals – and food made from them – would provide additional antioxidants equivalent to eating between one and two extra portions of fruit and vegetables a day.

Moreover, significantly lower levels of a range of toxic heavy metals were found in organic crops. For instance, cadmium is one of only three metal contaminants, along with lead and mercury, for which the European Commission has set maximum permitted contamination levels in food. It was found to be almost 50 percent lower in organic crops.
Nitrogen concentrations were also found to be significantly lower in organic crops. Concentrations of total nitrogen were 10 percent, nitrate 30 percent and nitrite 87 percent lower in organic compared to conventional crops.  The study also found that pesticide residues were four times more likely to be found in conventional crops than organic ones.

The study is the biggest of its kind ever undertaken. The international team of experts led by Newcastle University in the UK analysed 343 studies into the compositional differences between organic and conventional crops.

“This study demonstrates that choosing food produced according to organic standards can lead to increased intake of nutritionally desirable antioxidants and reduced exposure to toxic heavy metals. This constitutes an important addition to the information currently available to consumers which until now has been confusing and in many cases is conflicting.”

New methods were used to analyse the data. The findings are based on the most extensive analysis of the nutrient content in organic vs conventionally-produced foods ever undertaken and result from a groundbreaking new systematic literature review and meta-analysis by the international team.

The findings contradict those of a 2009 UK Food Standards Agency (FSA) commissioned study which found there were no substantial differences or significant nutritional benefits from organic food. The FSA commissioned study based its conclusions on only 46 publications covering crops, meat and dairy, while the Newcastle University-led meta-analysis is based on data from 343 peer-reviewed publications on composition difference between organic and conventional crops.

“The main difference between the two studies is time. Research in this area has been slow to take off the ground and we have far more data available to us now than five years ago.”

Dr Gavin Stewart, a Lecturer in Evidence Synthesis and the meta-analysis expert in the Newcastle team, added:

Professor Charles Benbrook, one of the authors of the study and a leading scientist based at Washington State University, explains:

“Our results are highly relevant and significant and will help both scientists and consumers sort through the often conflicting information currently available on the nutrient density of organic and conventional plant-based foods.”

“The organic vs non-organic debate has rumbled on for decades now but the evidence from this study is overwhelming – that organic food is high in antioxidants and lower in toxic metals and pesticides.”

He notes the urgent need for studies into the health impacts of shifting to an organic-based diet:

“But this study should just be a starting point.  We have shown without doubt there are composition differences between organic and conventional crops, now there is an urgent need to carry out well-controlled human dietary intervention and cohort studies specifically designed to identify and quantify the health impacts of switching to organic food.”

Global Research Canada
Posted by Stranger in a Strange Land at 12:38 PM