Kerri Rivera at AutismOne Conference 2015 - The Facts About CD

Video of complete presentation by Kerri Rivera including slides.

Kerri’s community sees autism as fungi, bacteria, virus, parasites, heavy metals, inflammation & autoimmune issues. CD is an oxidizer which is within the range the body can use without destroying human tissues. CD is a selective killer that kills pathogens and helps to restore the Krebs cycle function, giving energy to the body.

She went over some very detailed facts about the chemistry of CD and why it works, explaining how CD is metabolized to healthy end products that the body actually needs to function. She detailed the difference between CD and bleach, which it has been so ignorantly claimed to be by misleading media reports, as well as how terrible it would be for someone to give anyone laundry bleach internally as it would harm and possible kill them.

Kerri explained how CD can be used to detoxify the body by taking a low concentration oral dose. Enemas with CD can be added to help the liver, gallbladder and lymph systems flush, as well as kill pathogens.

The proper dosing of CD is determined by weight and tolerance.

CD can safely kill bacteria while not developing a resistance to it as is common with antibiotics.

Kerri discussed the oxidation process of CD and how it is different than a metabolic poison.

TCDO, a chlorite derivative, is being used at $6,000/treatment cost but isn’t even as effective as CD.

Kerri explained how CD is used in our drinking water to protect humans from pathogens in the water supply.

CD can also oxidize heavy metals. Hair analysis has shown a drop in two weeks. Once metals are oxidized they can be expelled by the body.

CD is not carcinogenic as shown in a 2000 peer reviewed EPA study on CD safety. The body needs chlorine/chloride for it to function properly.

There are many cited papers showing CD is safe to use.

In Europe ALS is being treated with CD.

Quantity makes the poison. Kerri discussed a few common things used to help the body that are well-known but in excess would be dangerous. This light hearted discussion shows that something as simple as water can be spun to be made to look bad.

No one should make statements that CD is the same as “bleach” because it could endanger the lives of people who might apply this misinformation out of ignorance. She talked about bleach mixing with ammonia which makes a toxic gas. If laundry bleach were taken internally, the ammonia in our bodies would interact and it would be very fatal if not toxic.

The toxicology of CD was discussed showing studies that prove it is safe including US government use. An impressively long list of patents describing the use of CD were shown, including over-the-counter products.

Enemas--a topic people really get uncomfortable about. This topic had some rather funny items, especially when considering the history of this procedure.

Unknown Substances which are likely pathogens/parasites. Kerri discussed “rope worm” as some call it, and that it requires further research. However, it has been found to have no human DNA, so it is something foreign to the body and would be helpful to eliminate.

She provided documented information about the drugs/chemicals parasites excrete, including ammonia, morphine and MDA. A few species of parasites use B12. It is common in autism to have low B12.

Kerri summarized the 7 steps her protocol uses and the synergistic effect that occurs when the steps are done together. There are variable speeds of recovery, and while her son is not fully recovered, the ones who do recover quickly help inspire everyone.

Kerri Rivera ended her talk with the following statement: “I talked to a friend of mine who is a doctor, and she has helped heal a lot of our kids, the other day and when I was telling her why I do this it’s because I sit and I listen to you parents every day tell me how your kids are recovering, and then I watch families send me letters, post emails, post things in Facebook, showing that their kids ATEC is zero, its one, I now have my child back. How can we not tell a story that needs to be told, so this is my mission, to tell your story. Thanks you” 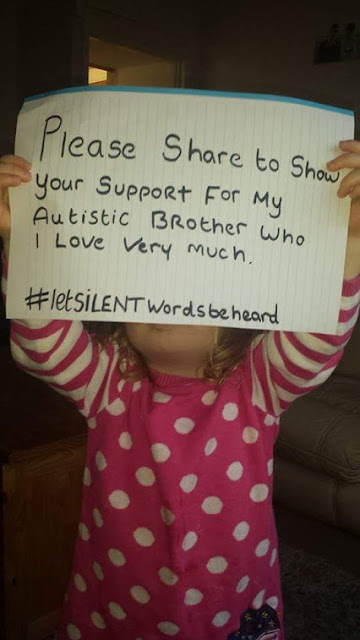 Posted by Stranger in a Strange Land at 2:41 PM

Well done thank you for sharing

You are very welcome Martin.

Thank you for your continued sharing of important information!!! Wish you were heading up the general media.

As do I dear maggie.