Help To Save Frank Meyers Farm In Ontario Canada 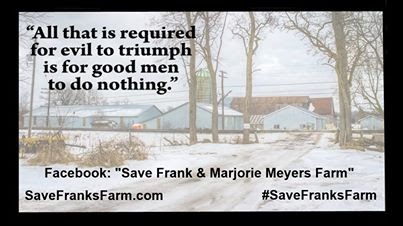 Click and sign this petition... the Harper Government is trying to
expropriate (you know, as in seize, take by force) the farm from this 85-year-old man and his family for... a 'terrorist training camp'. Join the thousands of Canadians who ...are saying, hands off his farm!!!

https://www.causes.com/actions/1761801-a-petition-to-the-canadian-government-and-the-department-of-national-defense
We want Frank and Marjorie to live out the rest of their days in dignity on the farm that has fed Canadians and they have called home for decades.
For six years now, Frank Meyers has been doing his best to ignore the elephant on his farm. Ask him about it—the fact that the federal government wants to kick him off his beloved land in order to build a new headquarters for the military’s elite special forces squad—and the 84-year-old brushes it all aside, like the dirt on his pants. Meyers, a dairy farmer for seven decades, is dealing with his ...bad luck the only way he knows how: with pride, toughness and a bit of humour. “What are they going to do?” he asks. “Bring a task force in to take me out? They might have to.”
For Maclean’s readers, the Meyers legacy has become a familiar one. The direct descendant of a loyalist war hero, Frank Meyers farms the very same plot of land that King George III bestowed on his famous forefather as gratitude for his legendary service during the American Revolution. Now, more than two centuries later, the Canadian government wants it back—ironically enough, to build a new headquarters for Joint Task Force 2, the army’s top-secret commando unit. Since 2007, the public works department has been buying up hundreds of acres directly north of CFB Trenton, the country’s largest and busiest air force base. But Meyers insisted, over and over, that he would never part with his portion, approximately 220 acres. In February, the inevitable happened: Ottawa filed a notice of expropriation. 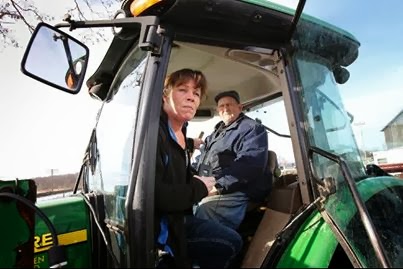