A Time Is Coming - A Quotation from St. Anthony 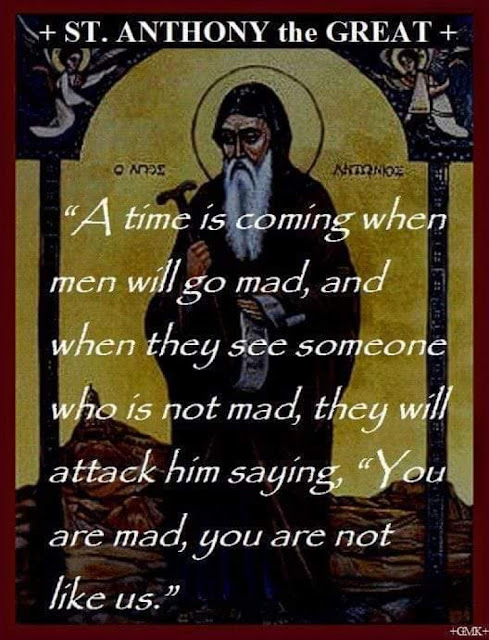 I think that perhaps that time has already arrived.

Saint Anthony (or Antony) the Great, "star of the wilderness" and "father of all Christian monks," is a greatly beloved figure of the ancient Christian world. Though he was certainly not the first Christian to leave the cities for a life of solitude in more remote areas, Antony stands prominently as the hugely popular father of the important Desert Father-Mother movement in upper Egypt. The movement soon spread this eremetic (hermit) and cenobitic (communal monastic) form of deeply meditative, very austere, and psychologically rigorous Christian spirituality over to Palestine, Syria, Greece and beyond. Not long afterwards, the movement crossed the Mediterranean sea to Italy and thence to much of Europe.
Posted by Stranger in a Strange Land at 3:01 PM