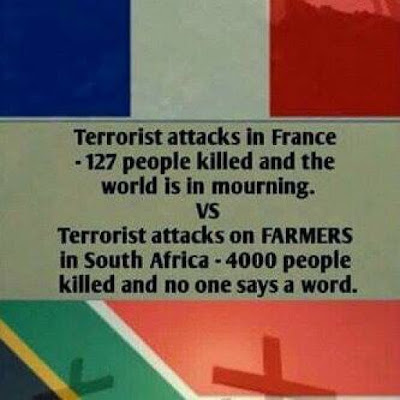 #DailyAttacks #SavagesRoaming and preying upon innocent White people The productive, peaceful #Farmers and their hardworking families... subjected to gov't sanctioned violence. #Targeted for termination in the most vile and evil manner #SaveTheBoere Join us to get the #WhiteHouse talking about this in public. #DefendEuropeanHeritage... Everywhere. https://nationunderassault.weebly.com/campaign.html 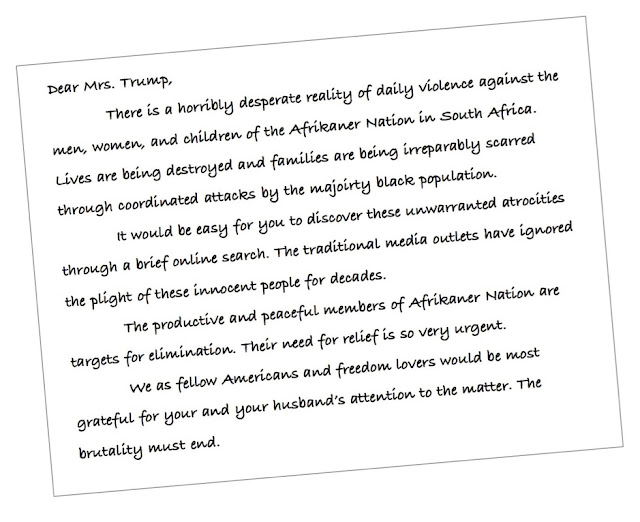 Update:  Katie Hopkins is on her way to South Africa to make a documentary.  Click on the link below to see a video of her explaining her trip: 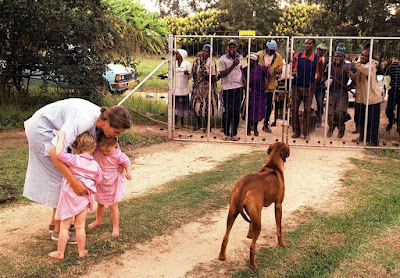 Posted by Stranger in a Strange Land at 2:20 PM

There is an abundance of information available documenting the destructive, barbaric nature of the Zuma controlled African National Congress party in South Africa. Karin Smith has a valuable archive online. This particular interview is 3 hrs covering early history of exploration and development as well as current events revealing draconian rule. https://hooktube.com/watch?v=W6ZtJjWUEd0

The PR battle against White minority leadership was lost long ago in favor of pop culture communism and the empty promises of 'equality' among various peoples... #EuropeanHeritage is under attack world wide. Factual evidence of the productive and generous attributes of the Afrikaner Nation is overshadowed by emotional impulses from unambitious, greedy characters who are superior in numbers only.

A small group of concerned citizens in the U.S. are working to get a public statement from the White House condemning violent daily attacks on White Farmers in South Africa. We invite everyone who believes in self governance and individual initiatives to join our PostCard Campaign. The Boere community built a great nation in South Africa, at one time the 4th most productive economy in the world. They are peaceful, freedom loving people undeserving of the vicious onslaught.

Thank you for your consideration.

My name is Kirk Hampton, I will give you farmers refuge in Australia. We have a lot of land to farm and you guys are the best farmers. Call me I will help you for free my boa friends 0416337275.

I have a farm in the hill country of east central Kentucky in the United States. Here, we raise Black Angus beef cattle, Jersey dairy cows, horses, milk nanny goats, pigs, chickens, hay, fruits, nuts, and vegetables. I can provide furnished housing for two families including water, wood heat, and the use of one vehicle for each family. Electricity would need to be paid for by the families. This arrangement can be for either a short-term or a long-term stay. In exchange, I would ask for help with the farm work which includes feeding and watering animals, barn stall clean up, fencing, planting, haying, harvesting, gardening, canning, wood splitting, and general repair. Most of the duties mentioned only occur on a seasonal basis and I already have some farm help. You may also wish to know that there are many churches in the community and the school bus stops near the mail boxes at the end of the driveway. Also, my brother-in-law is from Durbin, South Africa and my sister, his wife, was a missionary nurse in Lesoto. You are in my prayers. My telephone number is 606-723-6005.

Thanks for the offer of 2 places in Kentucky. One farmer from Durban, South Africa has already thanked me for supplying this info.